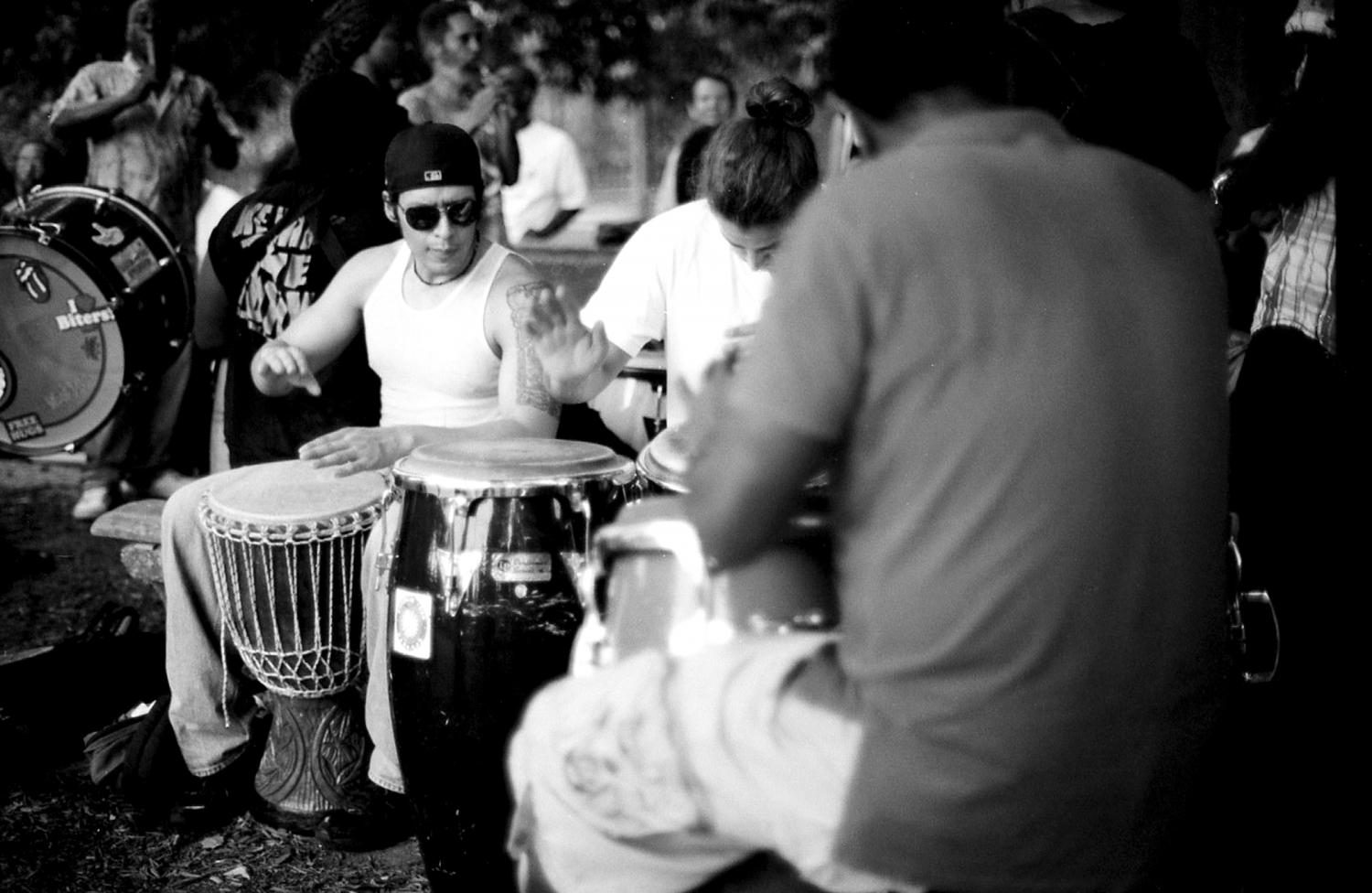 The drum circle has been going on for at least 50 years, and is believed to have formed from the drum circles that happened during the marches and protests of the civil rights movement.

AWOL
Every Sunday afternoon during spring and summer, there’s a place in the city where people get together to play drums and dance. Anyone can join, and many passers-by do, then come back again and again to become the regulars that fill up the park and create a community. Located between the neighborhoods of Adams Morgan and Columbia Heights is Meridian Hill Park, unofficially known as Malcolm X Park. Near the steps in the center of the park, stone benches build the foundation of the drum circle, though the crowd often spills over. From here, one can look out upon the Washington Monument and downtown DC.

The circle generally happens between 3–9 pm during the warmer months. On especially nice days you can’t even save a friend a spot because there are so many people. C.L.

John Porter purchased the park and the land surrounding it in 1819 and named it “Meridian Hill” because it’s located on the exact longitude of the original milestone marker of DC. The land was purchased by the US government in 1910. N.B.

At the edges of the circles, people watch, chat, hula-hoop, cheer and sing along. One local says he’s been coming to the drum circle sporadically for the past three years just to hang out and have fun. He says he likes that you can find people from all walks of life there. N.B.

As the drummers (and other musicians) play, others dance, showing off their moves and competing in dance-offs. J.A.

Though it’s called a drum circle, many people bring other instruments or just use their hands and feet. “It’s hard to get a bunch of people together and play a melody,” said one drummer. C.L.

For many, drumming is therapeutic. One drummer said it’s important to “try to get out of our digital self, and to know how to have fun when the TV doesn’t work.” J.A.

Katie Fiegenbaum is a junior studying international communication and Arabic.

Nicole Brunet is a freshman studying film and media arts.

Chris Lewis is an AU alum and former editor-in-chief of AWOL.