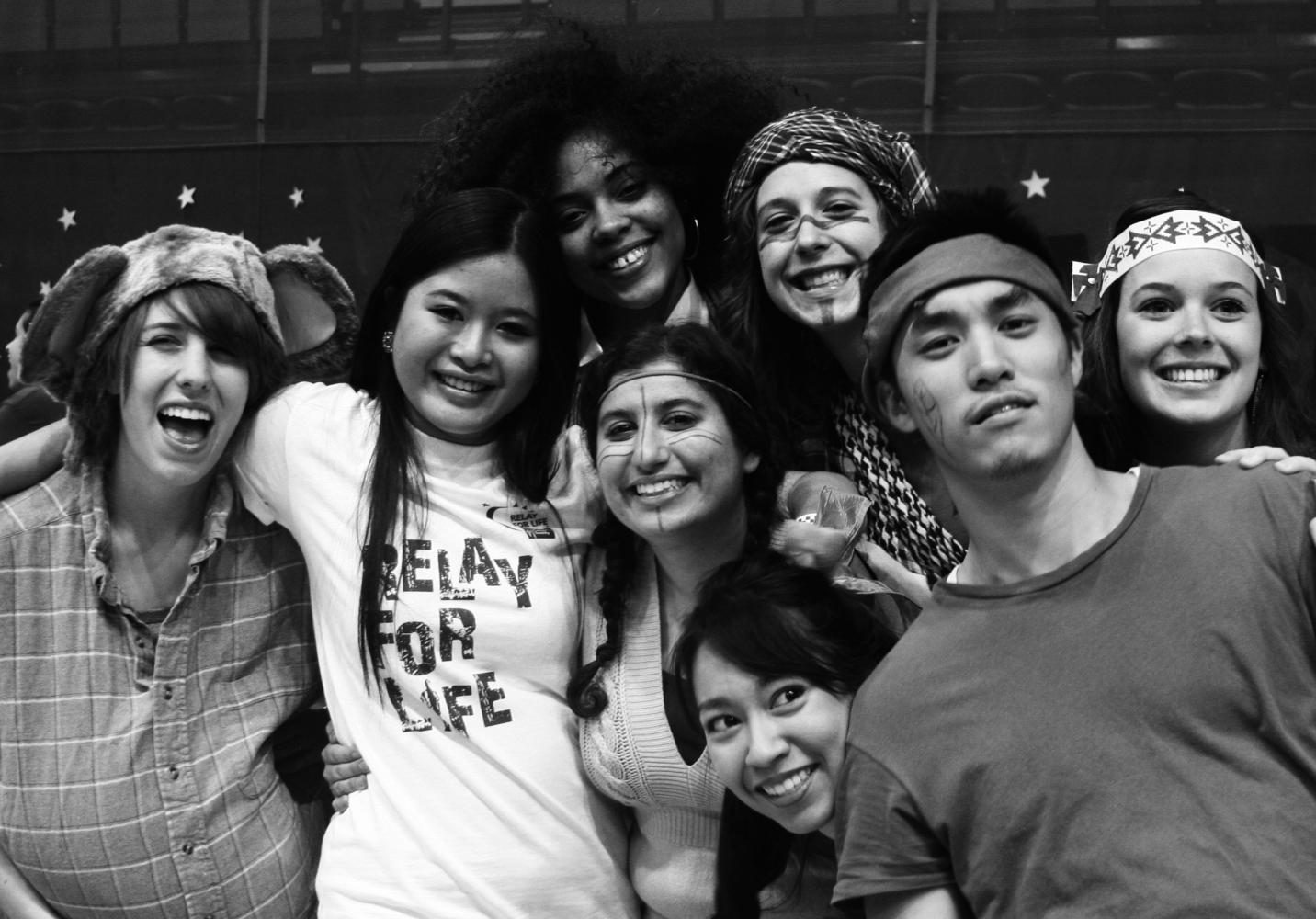 AWOL
Have something to say? Say it in AWOL. The Bulletin Board is designed to give a voice to AU clubs and organizations, but it’s open to everyone. We accept submissions of 250 words or less: send articles, press releases or diatribes to [email protected]
MOCK TRIAL: WHAT IS IT?

Do you know what it’s like to dedicate your life to the preparation of a trial over an incident that both sides know never happened? Well, there’s an activity on campus where exactly this takes place: Mock Trial. AU managed to field an unprecedented three teams of people who sacrificed many sleepless nights to the committed head coach, Professor Jessica Waters. The case this year was a civil case in which Andy Davis sued Happyland Toy Company for making a toy laced with GHB that his child swallowed. Each of the three teams prepared for a role as both the plaintiff and defense, and faced pitched battles in the courtroom over minute intricacies of the case. After months of practice, each team went to a regional competition where every team placed higher than any AU team in history. Our B team managed to rank high enough to go on to the Opening Round Championship Series, an accomplishment never before achieved by AU’s Mock Trial Team. After two intense days over the March 19 weekend, AU’s lawyers-in-training placed 24th and are now armed with the experience to beat next years’ competition and make a solid run at the national title.

Kirk Acevedo is not your average AU senior. While most in his class are planning to get a job in the sector of their choice, Acevedo will trek 450 miles through Burma. Starting on Oct 15, 2011, Acevedo will walk from Mandalay to Rangoon, a trip that will take one month. Acevedo has dedicated the past few years of his life to Burma, and he is committed to making a statement for education in the country.
In conjunction with his walk, Acevedo has started Scholarships for Burma, a non-profit organization through the Human Rights Action Center. He aims to raise $26,220 to provide college tuition for Ying Kawn Tai, a Burmese refugee who wishes to return to Burma as a teacher.
Burma is a country that has suffered under dictatorial rule for decades, and by helping Acevedo help Ying, we can begin to make Burma a better place for all of its citizens. Scholarships for Burma is seeking donations large and small. But the best thing you can give us is your vocal support. Tell your friends about this campaign.
At upcoming events hosted by Scholarships for Burma, we will be selling posters designed by Shepard Fairey (the man who brought you Obama’s HOPE posters and the OBEY Giant) of famous Burmese dissident Aung San Suu Kyi for only $10. All proceeds go toward sending Ying to college and bringing Burma one step closer to freedom. More information about Scholarships for Burma can be found at www.scholarshipsforburma.com. Please like us on Facebook by searching Scholarships for Burma and follow us on Twitter @S4B2011.

AU PorColombia is a new student organization whose overall goal is to shine a positive light on the beautiful country of Colombia. We want to raise awareness of the situation in Colombia, both positive and negative aspects alike, through academic, cultural and social events. In raising awareness, PorColombia seeks to break stereotypes and to share with both the AU and DC communities the diversity of Colombia. One of our many goals is to create and support networking activities with substantial involvement on academic, social, cultural and philanthropic activities. We aim to educate and raise awareness of present and future opportunities to build from abroad a stronger, safer and more dynamic Colombia. We hope to see you at our future events and meetings!

Rude Mechanicals has had a very strong 2010-2011 season. The season launched with Just the Two of Us: Shakespeare’s Best Pairs, the Rude Mechanicals’ variety show bringing together six scenes that highlight the relationships between some of the Bard’s most famous duos. E-Board Technical Director Becky Mezzanotte then directed The Maltese Bodkin, a thrilling modern Shakespearean adaptation that combined the film noir style à la Maltese Falcon with Shakespeare’s characters. Director Shannon Schenk brought together the annual winter show right before winter break. This year’s holiday play was Almost, Maine, a cute collection of loosely connected vignettes that provided a little insight into the heart of a small area in Maine too unorganized to incorporate itself into an actual town, hence the name “Almost.” Spring semester started with a bang with Rude Mechanicals’ only full Shakespeare play of the season. Director Eliza Bertrand set her rendition of Twelfth Night in 1950s America in order to play with ideas of gender roles and expectations during an era that finally began addressing such taboo topics. And finally, as the grand finale of the season, David Marshall Bradshaw will be presenting his interpretation of Rosencrantz and Guildenstern Are Dead. This postmodern play follows the two minor courtiers in Hamlet, of whom nothing is heard after their very downplayed deaths, announced in the eponymous title of this play. This finale of the Rude Mechanicals’ 2010-2011 season will be performed in Kreeger Recital Hall on April 14, 15 and 16 at 9 p.m. with an additional matinee show at 2 p.m. on April 16.

UP ALL NIGHT: AU RELAY FOR LIFE

The American Cancer Society’s Relay For Life is an inspiring event during which communities unite for a common goal: to find a cure for cancer. The events are held at high schools, colleges and other community locations and are between 12 and 24 hours long. At AU, the annual event is from 8 p.m. to 8 a.m. in Bender Arena, and students stay up all night enjoying music, activities and friends, with at least one representative from each team walking the track the entire night. Why? Because cancer never sleeps, and so for one night, neither do we. It is a reminder that people who battle cancer do so 24 hours a day, seven days a week. It is for these strong people that we relay. Although filled with constant music and activities, the night is centered around celebration, remembrance and the desire to fight back. The evening progresses from a “survivor lap,” celebrating the victories of all cancer survivors, to a powerful luminaria ceremony, when participants take silent laps and remember those lost to cancer, to a final closing ceremony, reflecting our hope to inspire people to continue the fight against cancer. This year marked the third annual AU Relay For Life, which continues to grow each year. Over 700 students and community members united with a common hope in this truly inspiring event. Although there were many different reasons to be at the event, on Relay night, this campus came together to make a huge difference in one of the most important fights of our generation.
“Imagine a world with more birthdays. We’re making it happen.”