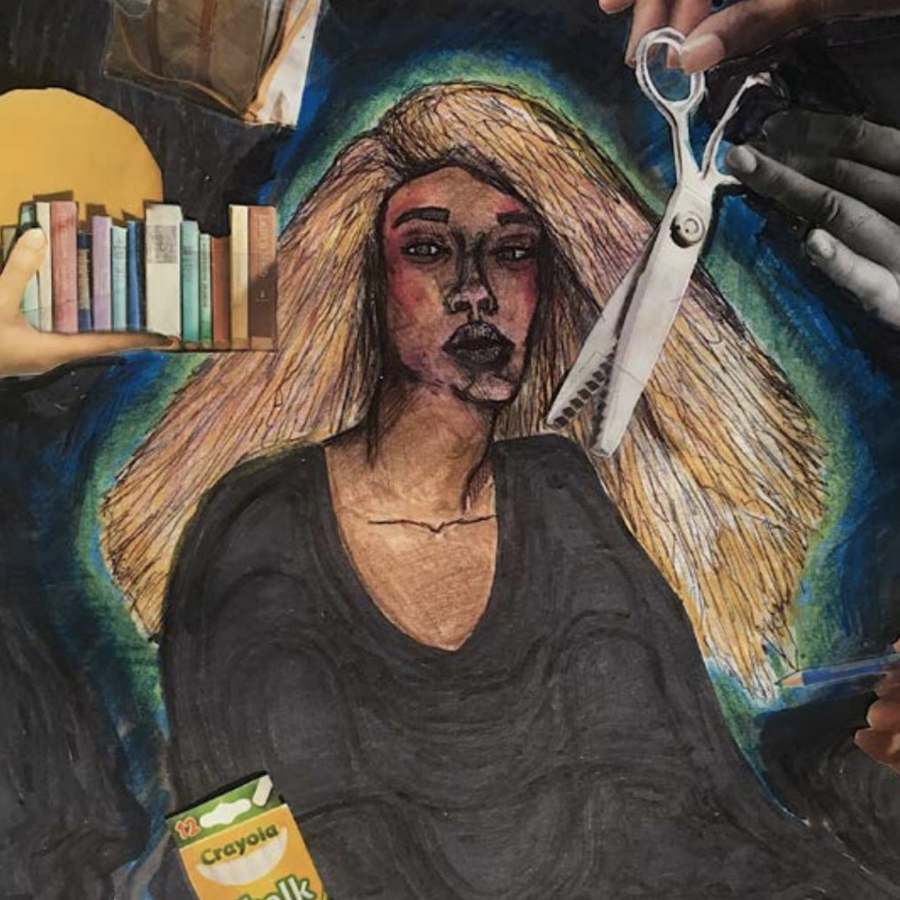 Editor’s note: This story was originally published in AWOL’s Fall 2020 magazine without a comment from the university. This story has been updated to include their comment.

Kadaline Jackel, a former AU student, said the final straw in her decision to leave the university was when it announced the original plan for the fall semester, which would have been a hybrid between online and in-person learning.

The plan only allowed freshmen and sophomores to apply for housing, while upperclassmen were forced to look elsewhere for places to live. Jackel said she was unaware that the university had canceled her application.

“I have a disability and I had to apply for housing accommodations,” said Jackel. “To hear that I was being kicked off campus and they canceled my application five days before they made the announcement was unsettling, to say the least.”

“I don’t like the way that they treat their students,” said Jackel. “I knew they didn’t really care about us from the get-go, and this is just solidifying that ‘hey, we only want your money, we don’t really care how you get to these classes.”

Jackel is not alone. AWOL reporters spoke with students during the pandemic about their experiences with ASAC and the frustration, confusion and humiliation they endured while attempting to work with the accessibility office.

Students have criticized AU’s history of inaccessibility for students with disabilities, and its sometimes harsh treatment of students who seek accommodations from the Academic Support and Access Center since long before COVID-19. During the pandemic, some students said long-standing issues were made much worse.

AU had 24 investigations into its handling of civil rights abuses between 2015 and 2018. Of those cases, 11 involved “denial of benefits,” accessibility or harassment on the basis of disability, according to reporting from ProPublica,

None of those cases resulted in any legal actions from the U.S. Department of Education, but students with disabilities continue to argue that they were, and are, being mistreated.

Ben Shore, a junior at AU, said his prior experience with ASAC had been fine up until the pandemic. But he said this semester has been “horrifying” and that he has been seriously inhibited after several accommodations he relied on were taken away without warning. “I had been getting all the support I need, and then the school just decided that ‘you don’t get this anymore,’” he said.  “It brought me to where I was so debilitated that I’m now back to being with a service dog.”

Shore said after his accommodations were removed, he was forced to rely on support systems he had previously not needed, and that if he received the accommodations he requested he “would have continued living his normal life.” He said he contacted several mental health experts and approached the center again to argue his case, but was denied the option to reinstate his previous accommodations.

“I’ve never been treated so poorly in terms of accommodations and disability related support, than I have been from AU,” said Shore.

Jackel expressed similiar concerns with the center before leaving the university.

“There are so, so many issues with ASAC,” said Jackel. “I know that they claim that they’re trying their best, but with the stories I’ve heard, I can’t say I believe that.”

She said that even after getting accommodations for PTSD, she believed that ASAC doesn’t “take psychiatric disabilities as seriously as any other disability.”

Jackel said she felt as though her disability would be ignored by the school, and that even if students with disabilities received priority, ASAC would not fairly evaluate her need.

Shore felt as though ASAC “did not even do the bare minimum” to address his specific needs, and saw him as a “box to check off” rather than a student with a disability who needed their support.

A longtime advocate for people with disabilities, Shore started a nonprofit advocacy organization and volunteers with CASA DC as a court-appointed special advocate for children with disabilities. He said his work and his experience with his own disability shaped the way he perceives how ASAC responded to his needs.

After his experiences this semester, Shore said he approached attorneys to discuss his case as a potential Americans with Disabilities Act violation by AU and was told that if ASAC refuses to provide the accommodations he needed, he might only get what he needs by suing.

That, Shore said, shouldn’t have to be his only option.

“Just because it’s hard work, doesn’t mean it shouldn’t be done, doesn’t mean that people like me don’t deserve to be helped,” said Shore.

While many students said in interviews with AWOL that their experiences with ASAC were frustrating or traumatic, representatives for the center said they will continue to focus on building a community that can trust them.

Jessica Waters, vice provost of academic student services and head of ASAC, said in an interview that “student voices are vital” to the role ASAC plays on campus.

Waters said she was unable to comment on specific experiences students shared due to privacy concerns, she said while every university has a legal requirement to provide reasonable accommodations to students with disabilities, she sees it as the center’s responsibility to go beyond those requirements.

“We want our community to be an inclusive space for all students, including students with disabilities,” Waters said. “Even if every student says their accommodations are perfect, the work is not done.”

Waters said regardless of whether a student has a positive or negative view of the center, her goal is to create a space for students to be able to voice their concerns and, ultimately, to get the support they need. She said every student’s experience is different, especially during the online semester, but the center continues to work to provide the best support it can.

“This is probably not going to be a place where there is one single solution, there are multiple different angles and multiple different levels, making sure students know where to go when they don’t feel their accommodations are being met,” Waters said.

Some students are pushing forward with plans to identify and address concerns like those that Shore and Jackel expressed.

Before leaving the school, Jackel said she had been going to be working as an advocate with the Center for Advocacy and Student Equity to represent students with disabilities in the organization’s work with ASAC.  Although her experience this summer drove her to leave, the department she was planning to lead with CASE has still been introduced.

The six-person team working within CASE’s accessibility and accommodations department is dedicated to working with students with disabilities.

Wrigley Kline, who works with CASE, said in an interview that she joined the accessibility and accommodations department specifically to make sure other students don’t have the same experiences with ASAC that she did.

“I want to be there for students who are struggling and help where ASAC lets people slip through the cracks,” Kline said. “This semester presents new challenges for disabled people trying to access education, and ASAC isn’t prepared to meet those challenges. I want to be here and have our department here to pick up the slack.”

In the past, Kline said she had several negative experiences with the center, and had focused on advocating for herself and others, specifically for disability pride and disability acceptance. This semester, she was asked to go to her professors directly to ask for accommodations, but as a person with autism, those kinds of smaller social interactions are more difficult for her. She said that while working with students during the virtual semester, others expressed that they were having a similar experience.

“I think there’s an issue with the burden falling on disabled students to implement their accommodations, that’s a pattern we’re seeing,” Kline said. “Students who may have social anxiety or speech impairments are being asked to go explain their accommodation needs to a professor they’ve never met, with very little authority granted to them by ASAC.”

According to Kline, it is the support center’s job to ensure students with disabilities get the services they need, not the student’s. Kline said this is part of a consistent level of indifference that she said she feels is built into the way the center interacts with students.

“I think ASAC knows it needs reforms,” Kline said, “’ASAC is a very traumatic place for students, ASAC is about having your identity interrogated and having your needs questioned. And for me, it feels like ASAC is more of an obstacle to accommodations than a resource.”

Now that she’s working at CASE, she said the biggest problem is simply getting the university to listen.

Emily Deveraux, chief advocate of CASE’s accessibility and accommodations department, said in an interview that she contacted ASAC at the beginning of the semester, but still has not received a response.

“I think that just the lack of excitement from ASAC that this is a space being created on campus is very telling,” Deveraux said. “They should be excited that there’s somebody advocating for disabled students on campus.”

Deveraux and Kline said that they don’t want a hostile relationship between themselves and ASAC. Given their position as student advocates, they just want a seat at the table.

Deveraux said that for now, CASE is focused on what they can do. They hosted a virtual space in November for students with disabilities to talk freely about their experiences this semester, and are planning to push harder for more involvement with ASAC in the spring.

“Change doesn’t have to be at the administration level, as much as we would love to see that,” said Deveraux. “I think, also, a shift in the student is effective, not going to say just as effective, because it’s not true, but it’s also really important.”

To Kline, the most important step going forward is to ensure ASAC is being held accountable for its influence on students. She said that significant improvements are necessary to rebuild trust between the center and people with disabilities in the AU community.

“ASAC needs to acknowledge the impact that they have on students. The amount of control they have over disabled students’ lives and educational opportunities is great, and they have the power to make or break someone’s college experience,” Kline said. “They need to take that responsibility seriously. We need to trust them with that responsibility.