Tracing a Legacy: Segregation, Zoning and Wealth in Washington

An examination of D.C.’s history informs a contemporary vision for AU and the surrounding community 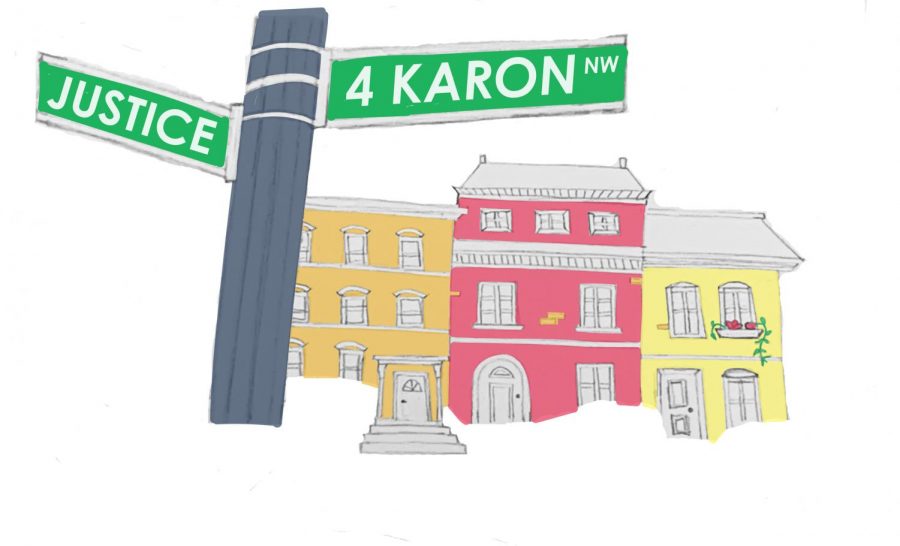 Police responses differ across the District

In October of 2020, 20-year-old Karon Hylton-Brown was riding a moped in Brightwood Park when he was killed in a collision after a chase initiated by D.C.’s Metropolitan Police Department.

Hylton-Brown, who was using the moped to search for his missing keys after a Friday night out with friends, was struck by an oncoming car as he exited an alley-way, pursued by MPD.

“He ain’t even get off the block before police chased him,” longtime friend Reggie Ruffin told WAMU/DCist, recalling the night of Oct. 23. The attempted traffic stop resulted in the four officers involved being placed on administrative leave and a U.S. attorney review.

In the following days, Hylton-Brown’s family, friends and supporters gathered at the Fourth District Station of the Metropolitan Police Department demanding “acknowledgement, answers and accountability,” according to WAMU/DCist.

As demonstrators clashed with police in the nights following Hylton-Brown’s death, Reed recalled hearing the sound of smoke canisters being deployed outside the Fourth District Station from his home in Silver Spring.

“It felt very visceral,” Reed said. “This feels very close to me, physically, the sound, but also knowing that those neighborhoods, Petworth and Brightwood, are the heart of where my family has been since immigrating here in the ‘70s…it’s a very familiar, meaningful place to me.”

But as Reed experienced the sounds of unrest echoing from Ward 4 on the night of Oct. 28, residents of Ward 3, where AU is located, heard the roar of simultaneous sirens as MPD’s Second District force headed in both directions on Wisconsin Ave. to protect property in Georgetown and Friendship Heights. Outside the District boundary, several Montgomery County Police Department units responded near Bethesda, in anticipation of possible looting.

“The duality of people protesting at the police station on Georgia Avenue, while police were going to protect property on Wisconsin Avenue is the modern day manifestation of decisions that were designed to keep wealth in the hands of affluent white families who could purchase property west of the Park,” Reed said, referring to Rock Creek Park, the District’s historic line of racial division.

The legacy of slavery at AU

After an Eagle editorial published in April of 2018 highlighted AU’s historical ties to slavery, the university established its Working Group on the Influence of Slavery, which most notably found that AU’s founder, John Fletcher Hurst, was a slaveowner.

Additionally, the report concluded that AU relied on broad, country-wide fundraising to establish a campus and that these funds “no doubt included wealth accumulated from and during the slavery era.”

But there is an even more recent chapter of AU’s history that begs to be examined; one that pervades every corner of the District and of the nation as a whole.

The Federal Housing Administration was founded in 1934 in an effort to increase America’s housing stock. The FHA, however, proved to be an important mechanism in the development of U.S. residential segregation. A policy now commonly known as redlining worked to both segregate neighborhoods while ensuring that the white ones would accumulate the most wealth. This was accomplished primarily through the refusal to insure mortgages in and near Black neighborhoods.

The Home Owners’ Loan Corporation began drawing up maps in the late 1930s — maps that would later on come to dictate where property was most valued and therefore worthy of police protection. On these HOLC maps, neighborhoods were graded from A through H to denote their level of “risk,” according to Reed.

“Neighborhoods that showed signs of racial mixing got lower grades, and the neighborhoods that were largely written off as slums — meaning there were a lot of poor people or Black people living there — got the lowest grades,” Reed said.

In the context of the Washington region, this meant that Ward 3, where AU is located, and the adjacent areas in Maryland, such as Bethesda and Chevy Chase, were given the high grades of A and B whereas the rest of the city, with the exception of the Gold Coast, was given lower grades.

“So, from the jump, the federal government said we are going to allow investment in Ward 3, and literally nowhere else,” Reed said.

According to Derek Hyra, it’s important that the university reckon with its own place in a historically segregated and wealthy neighborhood. Hyra is an associate professor in SPA and founding director of AU’s Metropolitan Policy Center.

“I know that the university is really thinking deeply about its role and thinking about history of race, and racism,” said Hyra, citing the Antiracist Research and Policy Center’s new fellowship in the History of Slavery and its Legacies in D.C., among other efforts to uncover this history.

“But, I also think it’s important for the university to think about its contemporary role in alleviating the racial disparities that we have in our city,” Hyra said.

On Sept. 29, the organization Ward 3 Vision hosted a virtual event entitled “Help Take Down the Invisible Walls Around Ward 3,” which featured local speakers such as Dan Reed and Ward 3 Councilmember Mary Cheh, among others. According to Ward 3 Vision, the ward’s “invisible walls” referred, of course, to the comorbid legacies of racially restrictive covenants and redlining policies, but more specifically, to a zoning code which some view as exclusionary.

“Many municipalities in sections of cities and towns would zone in a way that would make it very difficult for units that accommodate low income people to go in,” Hyra said. “So, there’s been a big push to, instead of doing exclusionary zoning, trying to do inclusionary zoning, and what that means is to change the zoning code.”

Ward 3 Vision has been one of the groups engaged in this push locally. They said that a “long history of systemic practices of discrimination has led to our present lack of choices in housing types” in Ward 3.  They said that the passage of Washington Mayor Muriel Bowser’s Comprehensive Plan Amendment Act (B23-0736) — the primary charge of which is to create 36,000 more housing units in the District by 2025 — will be vital to reforming the local zoning code and making Ward 3 a more inclusive community.

“It’s a moral obligation to allow and encourage growth in areas like Ward 3, where amenities are plentiful,” Councilmember Cheh said “That growth, in meeting the needs for expanded affordable housing options throughout the District, can be accomplished in a way that enhances and reaffirms the character of our neighborhoods.”

Cheh has represented Ward 3 on D.C.’s city council since 2007 and has lived in the ward for more than 30 years.

“It’s a false choice I think, to just think that we either have to allow high rise apartments on every street corner or freeze development where it is today,” she added.

According to Hyra, reforming the zoning code to allow other types of structures besides single-family units will  “increase the probability that affordable housing could be built by allowing a greater number of plots of land to accommodate large multifamily buildings,” he said.

“But you know, just because you have multi-family housing doesn’t mean it’s going to be affordable housing,” Hyra said. “The zoning just determines the type of structure, but it doesn’t necessarily mean that affordable housing will come even if the zoning ordinance is changed.”

That’s why for Reed, inclusionary zoning is only one piece of the puzzle in addressing the affordable housing shortage in the District.

As for AU’s role in addressing this longer-term challenge, Hyra suggests that the university work with local leadership.

“I think it’s important for the university to think about its land holdings,” Hyra said, referring specifically to Arlie Center, a 300 acre property in Warrenton, Va. that was gifted to the university in 2016. Additionally, Hyra cited WAMU’s Connecticut Ave. building, which the university owns, as an example of a valuable land-holding along one of the District’s major commercial corridors.

“That is an incredible asset,” Hyra said. “If the university is going to sell it, the university could also take out low-interest loans on that asset — it could help the city craft its affordable housing structure.