Amidst a year of upheaval and a breakdown of trust between the university and the station, AU’s latest decision adds to its long history of anti-union actions. 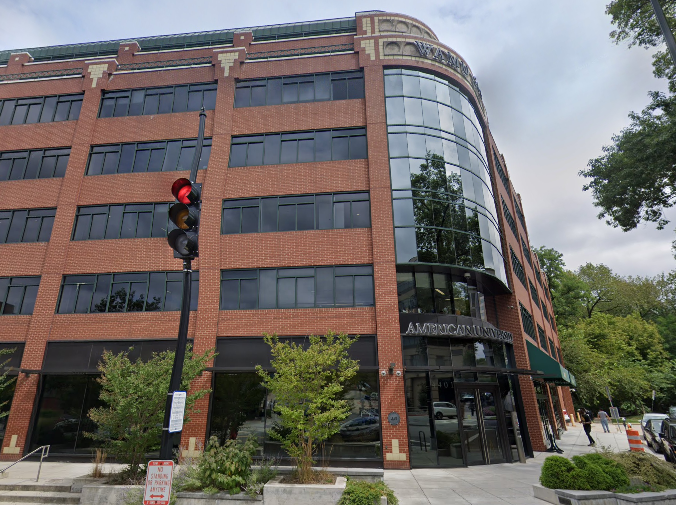 The content staff at WAMU, a local NPR affiliate licensed by American University, have filed to form a union with the National Labor Relations Board after AU’s refusal to voluntarily recognize them.

Now, the university is arguing that nearly a third of all potential members should be excluded from the vote and the right to become members of the union, despite harsh criticism and accusations of union-busting from WAMU staff and financial contributors.

Staff members cited numerous issues with station leadership, women of color leaving the organization and issues of job security for many staff members as key factors which pushed them to unionize.

“We are grappling with deeply ingrained internal racism, high turnover among women of color, disparities in compensation, a reliance on temporary staff who lack job security, and allegations of sexual harassment by a former staff member,” the WAMU union statement reads. “We must honor our mission statement to be a respected and trusted voice by eliminating these injustices and inequalities. Together we seek to establish an equitable and inclusive workplace that our audience will enthusiastically support for years to come.”

During the pandemic, compensation and job security issues came to a head, leaving some staff without a way to voice their concerns while the university suspended contributions to retirement funds, froze pay increases based on merit and initiated a mandatory week-long furlough that affected many members of WAMU’s staff.

Ruth Tam, cohost of the Dish City podcast and digital editor at WAMU who has been involved in unionizing for over a year, said the sudden changes in benefits, in which staff had no say,, were a turning point for the decision to unionize.

“The pandemic, and also the racial reckoning that’s happening at WAMU but also public media and media at large, these two things like I think help people realize that a lot of the stuff that they enjoyed, wasn’t promised or wasn’t real for all their colleagues,” Tam said.

“Even if you like current leadership, or current benefits, or your current pay structure, you know, anything that involves employment at AU, none of those things are guaranteed,” she said. “Having a union just makes sure that if anything changes, either for good or bad, you have a voice representing you, you have an advocate at the table.”

Ally Schweitzer, a business and development reporter at WAMU who is involved in organizing the union, said the most important part of unionizing is getting “a seat at the table” when it comes to making decisions that affect the station’s content staff. She said creating a channel for WAMU staff to interact with the university and know they will be heard could help build trust between the station and the university.

Schweitzer and Tam said they found out about several decisions involving their pay and their benefits through emails from the university, and felt they had no channel to make their voices heard.

“Having a union will strengthen our relationship with the university,” said Schweitzer. “We don’t interact with AU meaningfully, really at all. We don’t go to the campus, we don’t know faculty, we don’t have working relationships with people in the president’s office.”

AU had the opportunity to voluntarily recognize the union, which would have sped up the process for unionization by forgoing a vote and accepting that there was clearly enough support from staff to move forward with unionization.

Since Oct. 1, WAMU union supporters and organizers have been calling on the university to voluntarily recognize them, but as of Friday, the union moved forward without AU’s support.

UPDATE: It's been 3 weeks since we announced our union and it is clear @AmericanU is not going to voluntarily recognize us.

So, we’re heading to a vote. We filed with the National Labor Relations Board to have an election and we remain undeterred and ready to vote YES! pic.twitter.com/bnSCqrgALw

Schweitzer said she was surprised that AU did not voluntarily recognize the union, especially considering that, according to union organizers, nearly all content staff support it.

“What AU has chosen to do is to drag their feet,” said Schweitzer. “It’s in their interest to delay, we think it’s an enormous waste of time and resources … The longer they can delay us getting to the bargaining table, the more they think our support and solidarity will dwindle.”

Some student groups, like Fossil Free AU, have joined WAMU content staff in calling on the university to recognize the union.

Schweitzer said support like this is essential, and shows how students can help WAMU staff, AU staff, and others affiliated with the university to have a voice.

“Students are the financial lifeblood of the institution, students have a lot of power at AU,” said Schweitzer. “Students like me help pay our salaries, students are perhaps the most important group, none of us can do what we do professionally without them.”

The university said in a statement that they are following NLRB rules to ensure WAMU staff are on board with the unionization process.

“We are working with SAG-AFTRA to determine the exact composition of the proposed bargaining unit, which is a key step in the union organizing process,” Lisa Stark, a spokesperson for AU said in an email statement to AWOL. “We are following the procedures from the NLRB, which provides for full notification to all potentially affected employees and an opportunity for all members of the proposed bargaining unit to participate in an election.”

But Schweitzer said she believes the decision to delay, given the high levels of support within WAMU staff that was noted by union organizers, is intentional.

“I think that is a union busting tactic, even though they know that we will win,” said Schweitzer.

AU responded to this in an email statement to AWOL, saying “any claim that AU is ‘union busting’ by engaging in this part of the regular organizing process is misleading and untrue.”

The comment also states: “Throughout this process AU has shared significant information with the union and provided transparency as to who should be properly included in an effort to reach agreement with the union and move forward with an election. AU hopes this effort to engage with SAG-AFTRA will produce positive results for both sides”

Seth Grossman, AU’s vice president of people and external relations who serves as a direct link between the station and the university, did not respond to a request for comment for this story.

Most recently, AU moved to redefine the requirements for membership in the union as part of the negotiations with WAMU organizers. The decision would result in as many as a third of all current supporters of the union being excluded from the vote to approve it, as well as the benefits and representation it could provide.

Several WAMU staff members took to Twitter to speak about the university’s newest argument that around a third of all staff members who supported the union should not be allowed to participate in the vote or become members, because they are temporary staff, are funded by grant money, or do not qualify as “content staff.”

The resounding response from several members of WAMU’s staff to the university’s decision is clear: AU not only does not support the union, but is actively trying to suppress it.

Christian Zapata, a digital producer at WAMU, said learning he would potentially be excluded from the union because of his employment status “piled on” to his experience as a newer staff member in a newsroom that is already dealing with serious internal issues, and makes him question his own value to the station and to the university.

“AU’s response to our organization efforts has just kind of made me feel very unmotivated to work for them, despite how I do care about my colleagues and the work that I do,” said Zapata. “We’re going through a very difficult time and are being stretched thinner than potentially ever. And I think that this, to me, sends this message, that the university is really not looking out for us  the way they say they are,” he said.

Looking ahead, Zapata said these uncertainties led to him not knowing what his place in WAMU really is, or whether there even will be one for him in the future.

Zapata said unionizing “sends the message that we are all in this together and are all working toward the same thing, and that reflects in the way that we’re trying to achieve benefits and equality in our workforce.”

Even if he is excluded from the union, Zapata said he would “definitely” still support his colleagues.

This story is the first of a two-part series on AU and unions.