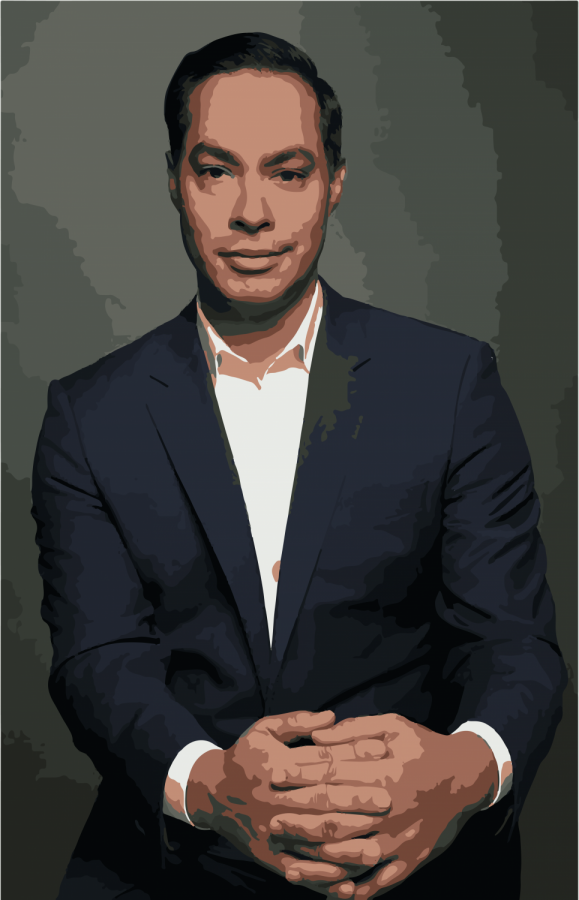 Former secretary of housing and urban development and presidential candidate Julián Castro spoke to American University students about voting, advocacy and young people’s role in the 2020 presidential election during a Zoom event on Sept. 10.

Over 200 students tuned in to the conversation online, according to Sonali Doshi, deputy director of communications for the Kennedy Political Union, which hosted the event alongside the Sine Institute, the Latin American Student Organization and the League of United Latin Americans Coalition.

School of Public Affairs Dean Vicky Williams moderated the questions and covered topics ranging from abolishing the Electoral College to the challenges, such as COVID-19 and voter suppression, voters will face getting to the polls this November.

“Each of us has a role that we can play in making a plan to vote ourselves and getting other people to vote,” Castro said. “On top of that, we need to keep up the push against efforts to disenfranchise voters.”

Castro did not address and Williams did not ask student questions about voter suppression and disillusionment with the Democratic party.

Campbell Urrutia, a junior and co-president of LASO, wanted Castro to stress issues of voter suppression and ways in which the Democratic Party can energize young people who otherwise feel hopeless about the current political climate.

“There was a little bit of mention about needing to keep young people excited … but I got the sense that either the moderator, or someone deciding just didn’t want to go there about how a lot of young people are very disillusioned with the Democratic Party,” Urrutia said.

Urrutia said that he wanted Castro to cover issues of accessibility for young people who are sometimes categorized as lazy in terms of their voter participation.

“For so many people, it’s an issue of accessibility, or that they genuinely just feel like the status quo isn’t going to change whether they vote for a Republican or a Democrat,” Urrutia said. “That’s a problem that the party should be dealing with, not the voting body.”

Young people have cited several obstacles when voting. According to the New York Times, students in the past have been targeted by voter ID laws and efforts by some officials to suppress voting on college campuses in states across the nation.

Urrutia said that he remembers during his freshman year at AU how difficult it was for him to request his absentee ballot.

On top of existing voting barriers for young people, nearly half of all registered voters in the United States believe that voting will be difficult this November due to the COVID-19 pandemic, according to a Pew Research report

Veronica Pacheco, Junior and President of LULAC said she wished the conversation with Castro would’ve stressed actions that the Democratic Party should take to address student concerns on issues of racism and police brutality.

“They always say that actions speak louder than words,right?” Pacheco said. “So whether it’s local or it’s national, the response to issues such as police brutality or any other kind of issues that are primarily affecting marginalized communities in this country should be addressed with more tangible action.”

Castro described actions taken by Democrats in Congress such as the George Floyd Justice in Policing Act as a “down-payment” on addressing racism in the U.S. . He acknowledged that more extensive action will have to be taken to address systemic racism, but said that locally Democratic-run governments have the power to address issues like police brutality

“The fact is that a lot of the action on this issue is in cities and states,” Castro said. “So, Democrats have it within their power at the local level to start changing things, and they need to start doing it.”

However, young voters have expressed disillusionment by the Democratic party and its current leaders since the 2020 presidential primary elections where more progressive candidates such as Bernie Sanders, who was popular among younger generations, lost to now-Democratic-presidential-nominee, former Vice President Joe Biden.

Non-white candidates such as Castro dropped out of the primary earlier on in the race while white candidates like Biden and Sanders led the race, which raised concerns over representation in the Democratic Party despite the most diverse set of candidates in history.

“I was not offered a speaking slot at the DNC,” said Castro. “I had my speech in 2012, but we have a huge staple of very talented and powerful voices out there. Some of them were heard, but there are many more, and there’s always room for improvement.”

By the 2020 election, Generation Z — people currently between the ages of five and 24 — will comprise one-in-ten eligible voters and be the most diverse voting demographic in terms of race and ethnicity compared to other generations in the electorate according to a Pew Research Center report.

“I really, really think that if the Democratic Party is going to survive and continue into the future, they’re going to have to listen to this base.” Urrutia said.

Young voters are less enthusiastic about voting this November than older generations and Biden’s net favorability with young voters was reported in the negatives as of August 2020, according to data from CNN.

“I definitely think that young people’s voices need to be taken seriously and need to be heard,” Urrutia said. “Now we’re seeing that people’s politics have progressed past what the Democratic Party’s mainstream candidates are representing. There has to be a lot of internal change.”