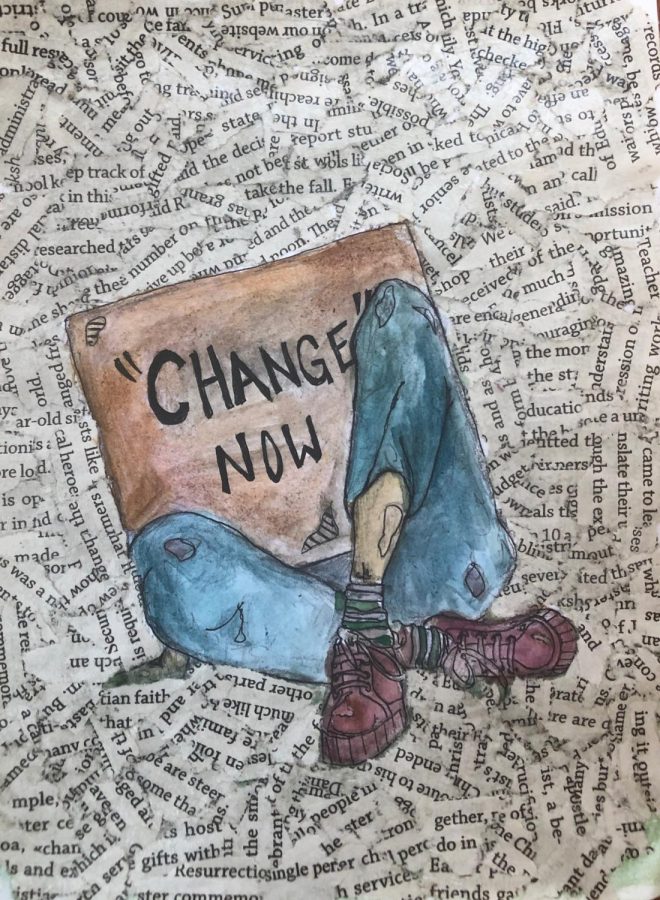 In 2018, American University was the most politically active campus in the nation, according to Princeton Review. Despite the national recognition, some AU students say that their peers are engaging in “performative activism.”

However, some students believe that this title isn’t backed by sufficient evidence.

“There’s a lot of lip service paid to activism,” said sophomore Elliot Williams. “But very few students are willing to put in the time and the persistence that’s necessary to hold actions, events and to follow through with their goals.”

After the University earned the title in 2010, then-student government President Nate Bronstein said he was not surprised.

“Having that ranking very much legitimizes us when we’re talking with other students at other universities. What I like is that politically active ranking is one of the most prestigious ones the Princeton Review does,” said Bronstein.

The Princeton Review gathers this information by surveying 140,000 students at 385 different schools. For the “Most Politically Active Students” list, the students were asked to respond to the statement: “My level of political awareness: Very High, High, Average, Low, Very Low.”

Since 2018, AU has fallen in the rankings. As of 2019, the University sat at fifth place; behind schools like Pitzer College in California or Reed College in Portland, Oregon.

Despite the University’s relegation from the top of the rankings, AU’s reputation as a politically active school remains.

After the shooting at Marjory Stoneman Douglas High School in 2018, many students participated in marches, sit-ins, and school walkouts to protest against gun violence in the U.S. AU joined other universities in releasing a statement that assured that prospective students’ consideration would not be impacted by participating in these lawful protests.

“No student who is admitted or has a pending application will be affected by disciplinary actions arising from their right to protest,” said the University in the statement.

The AU admissions office did not provide comment by the time of publication.

AU listed its 2010 recognition as most politically active under the “achievements” section of its news page.

Matthew Brandenburger, a student accepted into AU’s class of 2024, said that one of the reasons he chose this university was the “opportunity to be politically active.”

A future School of International Service student, Brandenberger said he was planning on getting involved on campus in a number of ways.

“I hope to discuss our political climate with my new classmates and advocate for what I believe in,” he said. Brandenberger also plans on hosting a radio show and joining choir and debate.

However, upon admission, some students say that the reality of campus political activism is different than advertised.

AU senior Morgan Soudry is on the executive board for AU’s branch of She’s The First, a club that works to raise money to allow low-income students from other countries to have the opportunity to attend school.

Soudry said she didn’t come to AU expecting a politically-active culture, but can see why the University’s claims are valid.

“We are positioned in D.C., so many students will have ‘hillternships’ or intern with agencies that are associated with the government,” she said. “Location is a big part of it.”

Soudry said the student response to the Office of Campus Life email about access to mental healthcare resources on campus is an example of just how politically active she believes AU students are.

In spring 2020, OCL released an email that some students felt put the blame on them for the limited availability of counseling resources.

Responses to the email showed that AU students care about being involved and aren’t just politically active, but politically minded, Soudry said.

“Most [students] are calling senators and voting, but also trying to influence the administration of the school,” she said.

In contrast, Soudry also pointed to a video that surfaced in February of two AU first-years saying the n-word as an example of student outrage overshadowing action.

“Being on this campus, it’s very easy to be, like, ‘I’m doing something because I’m talking about it,’ but not actually do the work to make change because you feel like you’re doing something just by talking to people who you already agree with.” Soudry said.

Williams agreed with Soudry’s views on performative activism. As a political science major at AU, Williams is an active participant in groups like Students for Bernie and Sunrise Movement AU.

Williams cites the University as partially responsible for its students’ inaction. Getting a club recognized is not always as easy as the tour guides make it sound – for example, groups supporting specific presidential candidates were denied club status, as was the Rose Coalition, a new media group aiming to be an unaffiliated leftist publication.

“When the university tells groups of interested students that they are not allowed to reserve rooms, plan activities, fundraise, or table, that’s a significant impediment to students coming together and making a change,” Williams said.

Talia Marshall is a first-year majoring in sociology and American studies.