‘This is not a heartwarming story’

Ryann Ersoff didn’t ask to become an app developer. But in the era of coronavirus, she saw an opportunity to help people. 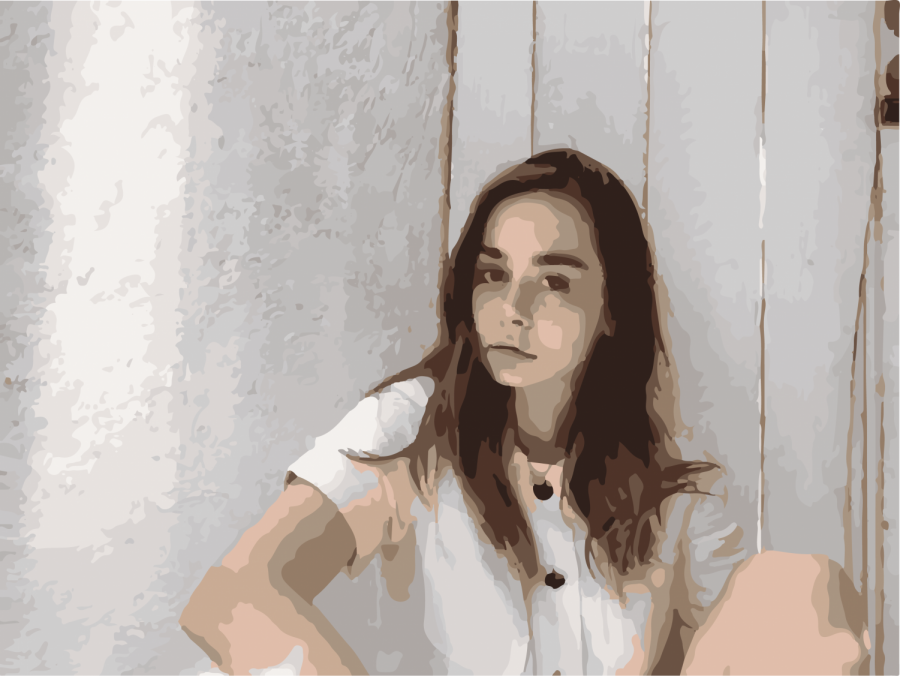 Ryann Ersoff wants you to know that she is not a STEM major.

“Developing an app is not something that I knew how to do,” she said. “I’m very ‘communications’ and ‘literature,’ and just all the right-brained artsy stuff.”

Ersoff, a junior at American University, gained notoriety in March for her role in developing an app that compiles resources for individuals grappling with the COVID-19 pandemic sweeping the nation.

Her work went viral on Twitter, and gained the attention of local media and advocacy groups. In late March, she was featured in DCist.

I sat down with Ersoff — through the socially-responsible medium of teleconference — to chat about her experience developing the app, as well as her feelings about becoming something of a local celebrity.

The app itself, Ersoff said, was a product of free time and idle hands.

When AU transitioned to online distance learning in March, Ersoff returned to her hometown of Los Angeles, nixing her plans to spend spring break in Canada. Trapped at home, she kept tabs on the developing coronavirus crisis.

In her free time, Ersoff started looking into financial resources available to California residents and collating them into a Google Doc. Eventually, her research expanded beyond economic data and became a statewide directory for coronavirus resources.

“By the end of the day, it turned into, like, six pages of work, because I’m compulsive,” she said. “And I shared it on Twitter. And it kind of took off.”

Ersoff promoted the document as a collaborative list open to public addition, where it quickly garnered attention.

As of April 11, her Tweet with the document link has over 1,300 retweets and 2,300 likes. The document itself is now over 20 pages long and features resources for 49 states, as well as options for international contributors.

After her document went viral, Ersoff said she was contacted by Charles Reed, a member of the enterprise analytics team at data software company SAP.

Reed and Ersoff collaborated to develop an app that synthesized the information made available in her document.

“We speak every day,” she said, adding that they had just checked in before our interview.

The app continues to expand as more information is submitted, said Ersoff. “We’re just thinking of ways to add to the app every day.”

The mentions of her original Tweet are filled with individuals and groups linking to their own resources and praising her contributions.

“You are amazing and wonderful,” commented user @dalek_kaan1. “Thank you for being a great human.”

“I love you for this. Literally,” said @Nenetrill_.

Ersoff said her project highlights the power of grassroots organization, as opposed to publicity stunts from celebrities.

She contrasted the community response with a viral video from March in which celebrities sang edited snippets from the song “Imagine,” by John Lennon.

“The community dichotomy of that is people passing off vital resources to people that need them,” she said, drawing a stark comparison between her efforts and the video.

The juxtaposition is striking, Ersoff said. She is inspired by the actions of the community in comparison to her perception that celebrities are not doing as much as they could.

The overwhelmingly positive public response and glowing media reviews seem to tell the story of an enterprising university student giving back to her community.

At first, she took on this project out of a sense of responsibility to the community.

She said she felt that she had an obligation to do her part.

“I don’t want what I did during the pandemic to be, ‘I sat around and played video games while people were dying,’” said Ersoff.

While Ersoff recognized the good her work had done for the community, she was critical of the inflated importance of her own role in the national coronavirus response.

“It shouldn’t be people like me who have no interest in this kind of stuff [who are getting involved],” she said. “It should be the people in power who have access to resources … they should be creating ways to help during stuff like [COVID-19].”

Ersoff said she was critical of agenda-setters, like President Trump, for downplaying the severity of the crisis and holding back an official response. She said the resources available on her app reflect the insufficient government involvement in mitigating the fallout.

“Most of the resources on the app are grants, fundraisers, things like that, that are still grassroots-type organizations, not government,” said Ersoff.

Ersoff, a communications and political science major, took on an additional academic burden when she started this project.

“I am an artist, I’m not interested in technology or data. I had to learn how to help code. Like, I have no idea how to do any of that stuff.”

As a student, Ersoff has had trouble prioritizing university work over what she sees as her obligation to help people struggling during the pandemic.

“Unfortunately, my academics have sort of been my side project, and this has been my main source of focus,” she said. “It’s really hard to hold motivation and priority on getting an A on my economics paper over responding to people who need help, who are not gonna be able to pay their mortgage.”

Towards the end of our conversation, I asked Ersoff what she would say to the average person who is feeling afraid and angry during this difficult time.

“It’s hard,” she replied, “because I feel like that person. Yeah, I don’t feel like I’m on a pedestal or in any position to give advice at all.”

She challenged the idea that her case was unique.

“It’s interesting to me that people think of [this project] as, like, a change-making, big thing,” she said. “I think a lot of people at American University do things like this.”

She said she was pleased that the University shared her app with students, but added that she was excited to see what other steps the administration will take beyond promoting student efforts.

Ersoff now finds herself asking why her contribution was necessary in the first place.

“I think the most important thing to take away was probably that this is not a heartwarming story,” she said. Instead, it demonstrates the shortcomings of leadership in the pandemic response.

“I think it’s really sad,” she said, “Their leaders have failed, so much so that it’s taking movements and organizations like this for people, without any power at all, to help.”

Ersoff said she and Reed would be updating their app for as long as necessary. She noted the effects of the pandemic could stick around for longer than the virus itself, and she would continue to keep her list of resources fresh.

When she’s not doing the government’s job, Ersoff said she’s been painting a tarp in her room, which is a “very meditative experience” for her. She’s done a lot of reading and watched all of Grey’s Anatomy. She’s also playing Skyrim.

When the crisis is over, though, Ersoff is excited to get back to her normal life.

“I’m excited for just, like, normalcy again … going to class and going to bed,” she told me. “I miss groups of five or more. I miss being bumped into on the street. So I guess I’ll be looking forward to that.”