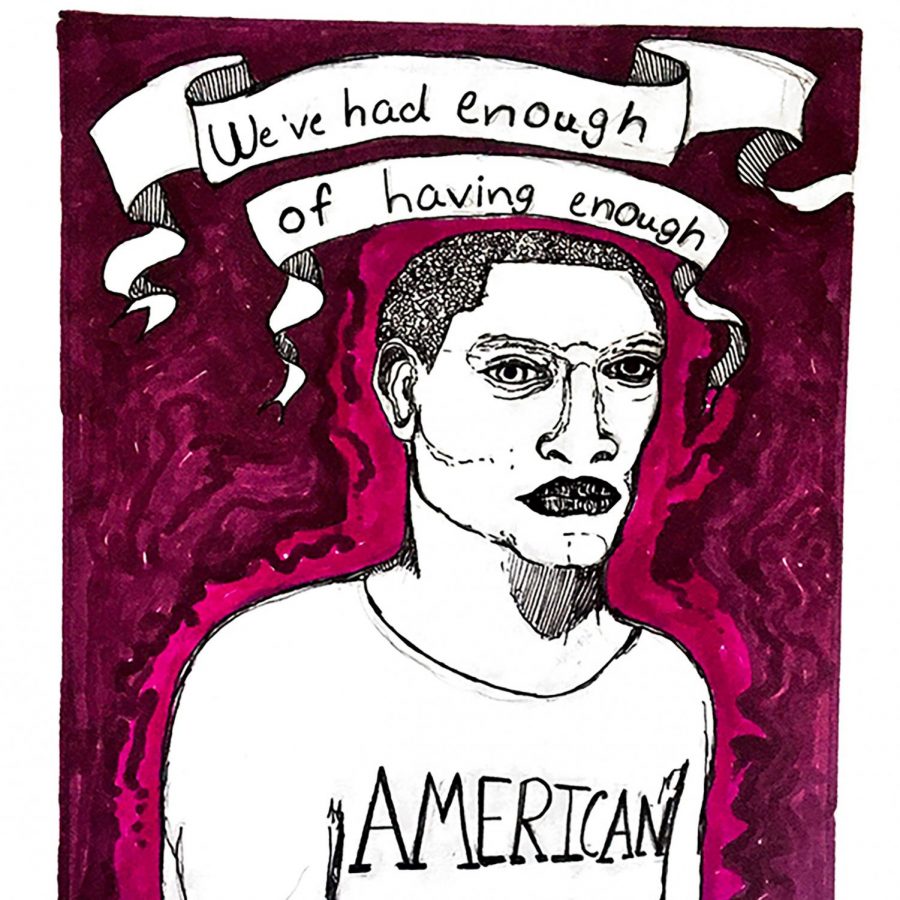 As American University continues the AU Experience curriculum as a first-year student requirement for its second semester, students are questioning whether the material is succeeding in tackling issues of privilege and inequality on campus.

The AU Experience is a required two part course made for first year students and transfers. The second part, AUx2, has raised controversy among students as it seeks to provide a space in learning about power, privilege and inequality.

In light of the course, many marginalized students continue to speculate if enough is being done to have their voices heard by the university.

“My experience should not be their lesson,” said Rose Sivri, a Muslim student currently enrolled in AUx2. “When you get into a topic that describes you, you feel uncomfortable.”

Sivri said she often felt awkward glances or stares when talking about a subject related to her identity, especially in a class where she is one of few minority students.

One major critique among students is that AUx2 has forced marginalized students to speak about their own experiences to teach more privileged students about issues such as racism and other forms of prejudice or discrimination.

“We experience this from day to day, and every single day,” said Karissa Frederick, a black student enrolled in AUx2.

However, she also feels the course is a productive first step in creating dialogue on issues like racism and discrimination, and specifically in forcing others to confront privilege they may not realize or see every day.

“I think it is a good idea to allow people to talk about some of the struggles that people of color have faced and the social structures that have been created,” Frederick said.

Two AUx coordinators did not return a request for comment, nor did the AU chapter of the League of United Latin American Citizens.

AUx2 only recently became a requirement in fall 2018.

AU is not the only university to have a diversity training centered course. Confronting issues of diversity has been a difficult process across the nation, where colleges are grappling with how to integrate diversity in their curriculums.

George Washington University implemented a diversity training session for freshman students as a part of a larger plan for Diversity and Inclusion after a racist video surfaced on Snapchat involving two members of the sorority Alpha Phi. However, they do not have a required course similar to AUx2.

“I have found the training session effective because it offered me resources for any scenario and made the options available to me that I didn’t know before,” said GWU freshman Ria Deval. “I think the required session was helpful, but there is so much more to learn.”

However, GWU has not carried out its plan of diversity and inclusion without criticism either. Students called on their president, Thomas LeBlanc, to resign after he made an insensitive racial remark comparing the support for divestment in fossil fuels to hypothetical support of shooting black people.

“The administration has apologized multiple times for the remarks made. However, a lot of people don’t think this is enough and are calling for the president to resign,” said Deval.

The pushback seen at GWU is also seen at AU and surrounds AUx2 as part of a larger issue regarding how the administration deals with continous issues of discrimination and racism on campus.

A video that went viral spring 2019 showed a first-year student saying the n-word in Anderson Hall and the incident pushed students to petition for black safe spaces on campus. The University condemned these actions in a released statement and students at the time through social media called on the University to do better.

Last fall, many students protested an AU Police Department incident involving a black student who was forcibly removed from her apartment by officers. The incident sparked outrage among the student body including a student protest named #HandsOffGianna that took place outside the Mary Graydon Center on campus.

The administration pushed back against the criticism and said that the circumstances surrounding the video were misunderstood.

This semester, another video went viral of a first-year student saying the n-word. The first-year, as well as the student behind the camera, were associated with the University’s Chi Omega chapter and were enrolled in AUx2. The video sparked another call among students for AU’s administration to be held accountable.

Disparities between the administration and students towards addressing racism on campus are not just confined to the undergraduate level. Issues of discrimination extend to AU’s gruaduate programs, where some students feel the administration continues to minimize the issues facing students of color.

Zach Mills, a Ph.D student in AU’s SIS program, encountered these disparities first-hand. In an article for Inside Higher Ed, Mills argued that the University failed to address his complaints about racism within the School International Service department for the Ph.D students, waving off his allegations.

Mills also argued that a wellness check conducted by AUPD officers was a continuation of discriminatory acts he faced as a Black student in the SIS doctoral program and that he was targeted by faculty after complaining about racism within the department.

“I’ve been having a really horrible time since all that happened. I just remember people yelling at me and standing over me, and being very fearful,” Mills said in the article.

Frederick added that AUx2 classes and responses to racial incidents can feel draining because of the pressure felt when attempting to represent all marginalized people at a predominantly white institution.

“I think that different conversations and reactions have been productive on the part of the students,” Frederick said. “It can be draining to feel like a spokesperson.”

This is expressed throughout the University, where students of color are pushing for change and speaking on issues of racism on campus.

The issue of Black Affinity Housing came to light in spring 2019 after sophomore Eric Brock started a petition calling for more black safe spaces on campus. The housing option will be offered starting fall 2020 in Roper Hall with the intention of creating a community around shared identities and goals. Undergraduate students of color also organized the #HandsOffGianna protest in fall 2019.

“If a class is being taken for racism, the university should also take action for the racism in their community rather than make it go unseen,” Sivri said.