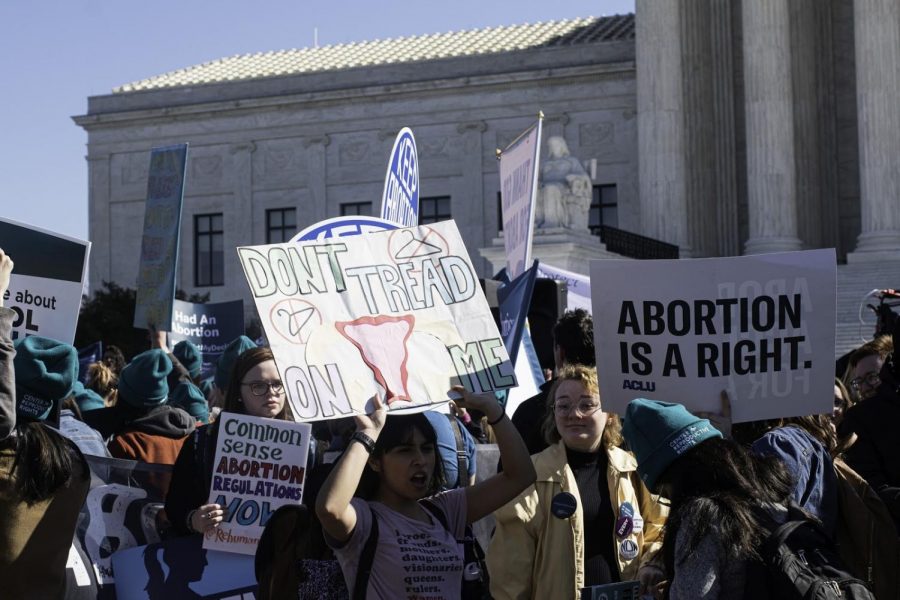 With many Americans not being able to access abortion facilities, clinics are turning to the use of medication to conduct an abortion while staying at home.

Statewide lockdowns during the COVID-19 pandemic have blocked access to abortion facilities across the country. As a result, and in the wake of anticipated court decisions that could further impact abortion rights, many people are seeking alternative methods to conduct an abortion.

“[COVID-19] is going to create a situation where it’s impossible for patients to access abortion care. Not only because states are deeming it unessential, but because they can’t literally get to a clinic under the conditions that we’re living,” said Steph Black, an abortion advocate and information ambassador at the pro-abortion advocate group, Plan C.

Plan C is offering education on how to conduct a safe self-managed home abortion as an alternative.

Due to the stay-at-home orders, many people can’t risk leaving their homes to access abortion services. Instead, they are turning to medication that they can receive from a clinic or doctor after a tele-medicine appointment. 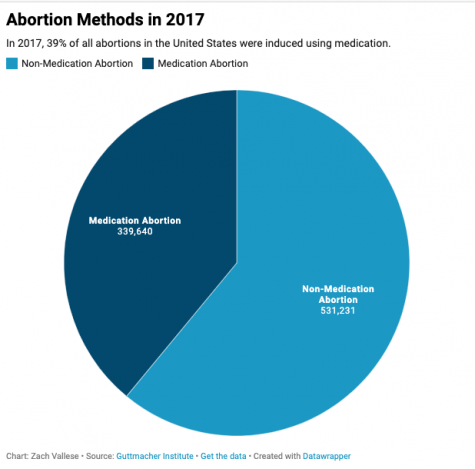 About one-third of abortions in the U.S. are conducted by using medication, according to data from the Guttmacher Institute, a research organization focused on advancing sexual and reproductive health and rights.

Having an abortion using Misoprostol is considered to be an extremely safe and effective method of abortion, according to research from the American College of Obstetricians and Gynecologists.

While abortion pills have been found to be safe, the Food and Drug Administration has made it challenging to access this medicine while communicating with a doctor remotely.

Currently, the FDA requires that abortion pills be acquired only by visiting an abortion provider. However, 89% of counties in the U.S. do not have an abortion clinic, according to data from the Guttmacher Institute.

Plan C has worked to create an easier way for people to access abortion services while at home. Euki, an app recommended by Plan C, provides step-by-step instructions on how to safely self-manage an abortion.

“I think it’s opened up an opportunity to say it’s incredibly safe to self-manage an abortion, and it’s safer than taking Tylenol,” Black said with information from NARAL Pro-Choice America.

Many states have taken steps to prevent any abortion procedures during the coronavirus outbreak. As part of their emergency orders, states have classified abortion clinics as nonessential. Notably, Ohio, Alabama, Texas, Alaska and Iowa have all blocked abortion access in their states.

“No one is exempt from the governor’s executive order on medically unnecessary surgeries and procedures, including abortion providers. Those who violate the governor’s order will be met with the full force of the law,” said Texas Attorney General Ken Paxton in a statement.

Organizations like Planned Parenthood and the ACLU have been fighting these statewide restrictions in court.

“Forcing people to remain pregnant against their will is cruel and unsafe at any time, and all the more so during a pandemic,” said Julia Kaye, staff attorney at the ACLU Reproductive Freedom Project in a statement.

Other states like Oklahoma, Alabama and Tennessee attempted to prevent access to abortion in their states in their emergency orders. However, these attempts were blocked by federal judges.

As social distancing guidelines begin to loosen, Texas and other states have started to reduce restrictions on abortions by temporarily providing access to medication abortions.

With the threat to abortion access becoming more limited in certain states, areas with safer abortion laws are expected to have an increase in traffic from those seeking an abortion.

“In a month or so, we’re going to see a major uptick of people coming to D.C. because they cannot access abortion in their own state,” Black said.

Having a late-term abortion can become very costly. The D.C. Abortion Fund is an organization that provides grants to pregnant people who can’t afford an abortion and is financed mostly from donations.

Many recipients of the D.C. Abortion Fund do not actually live in the district. Hundreds of women come to the area to receive an abortion because Washington’s laws make the district one of the few places in the country that will provide a late-term abortion. The D.C. Abortion Fund can cover anyone receiving an abortion in the Washington area, regardless of their state of origin.

Black also volunteers with the DMV Abortion Practical Support Network and Repojustice, two pro-abortion organizations located in the Washington, D.C. area. In these positions, she says she is already seeing evidence on how state restrictions are going to increase the number of people coming to the district to receive an abortion.

“It’s going to drive this huge bubble, this huge need and demand for services that’s going to completely overwhelm the DMV,” Black said.

With the anticipated increased traffic to the district, Black says it’s even more important now to look to alternative ways to perform an abortion such as self-managed abortion at home.

At the same time, the Supreme Court is expected to make a decision virtually in the next few weeks on a Louisiana case that is considered to be a major step in an effort to possibly overturn Roe v. Wade.

The case revolves around a Louisiana law that requires all physicians who are performing abortions to have admitting privileges at a hospital within 30 miles.

In Louisiana, this would leave only one doctor available to provide reproductive health services to the almost 10,000 women who choose to have abortions each year, according to data from the Louisiana Department of Health.

The case has encouraged activism from all over the country through protests and demonstrations. Many pro-abortion activists fear that this could lead to the legality of abortion access being restricted in some states.

“Abortion access is something that is always under fire when it honestly shouldn’t be,” says Joanna Morganelli. “I think this is a great instance of when the court can just decide when to ignore precedent and when not to ignore precedent.”

Morganelli, who graduated from Towson University in December, is currently working for NARAL Pro-Choice Maryland, an organization that provides emergency contraceptive services and care for those seeking an abortion.

She said that she believes young people in the country will continue to advocate for abortion rights even while it may not affect those living in a state with restrictions.

Some anti-abortion activists believe that the Louisiana case is an important step towards raising restrictions to abortion access.

“We say abortion hurts women and we believe that that is generally true, but we know for sure that in every abortion, a human being loses their life and they don’t have a voice in the legislative process,” said Terrisa Bukovinac. “So I feel compelled to be here and to be a voice for them.”

Bukovinac is the founder of Pro-Life San Francisco, an anti-abortion organization for millennials in the Bay Area.

Other activists try to distance themselves from groups with whom they are typically affiliated.

“For me, this is really about bodily autonomy and our ability to make decisions that are right for us. And I think that nobody can know someone else’s life or a certain set of circumstances,” said Reverend Katey Zeh, CEO of the Religious Coalition for Reproductive Choice, an organization that combines religious values with pro-abortion advocacy.

Zeh said that while political conservatives have used religion to support their agenda of being anti-abortion, she believes that her faith values align closer with those of women’s rights.

“We want people to know that these are sacred decisions and that they should be made by the people whose lives they impact,” Zeh said.

It is legal for states to make access to abortion more difficult after the Supreme Court decision in 1992 which determined that states were able to place an “undue burden” on a person trying to get an abortion. These burdens could include a 24 hour waiting period, obtaining informed consent or other kinds of restrictions.

“Theoretically, abortion is legal in all 50 states. But if you can’t actually access abortion services, is it really a choice?” Black said.

While the article uses interviews with women, this issue is relevant to people who do not identify as women