District of Columbia debt lawsuits on the rise amid COVID-19 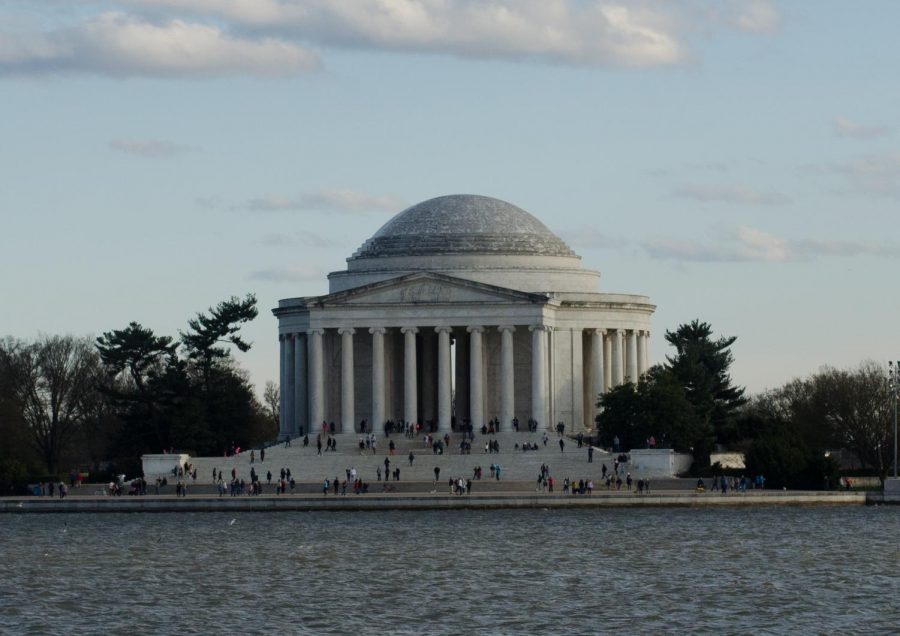 WASHINGTON — Since the first cases of COVID-19 were reported in Washington in early March, the resulting recession has sent entire industries reeling, leaving 93,000 Washingtonians unemployed.

Nationwide, more than 22 million Americans have filed for unemployment throughout the past five weeks, leaving the estimated unemployment rate nearing a staggering 18 % — the worst since the Great Depression.

In an effort to curb the immediate effects of the COVID-19 financial crisis, Americans are borrowing money at an alarming rate, leaving the nation with a clear outcome long term: mountains of additional debt.

Tzedek D.C. is the only legal non-profit dedicated to providing free legal help to those facing debt-related problems in Washington.

“With half the country’s jobs at risk, we can expect a massive spike in the number of people falling behind on their bills and becoming at risk for debt collection suits,” said Ariel Levinson-Waldman, founding president and director-counsel of Tzedek D.C.

Debt and debt collection posed a significant problem for the District’s residents long before the first cases of the coronavirus were detected in the U.S. Even further, the question of which households will be saddled with those fresh mountains of debt, tracks closely with the District’s racial wealth disparities.

“Ninety-five percent of our clients are from D.C. communities of color and debt collection suits are disproportionately targeted at our African American and Latino neighbors,” said Levinson-Waldman.

According to an article published by the Washington City Paper in early February, more Washington residents are being sued over debt.

“Roughly 30 % of D.C. residents have debt in collection, and the residents with debt are disproportionately people of color,” according to City Paper and a 2017 analysis of credit reports conducted by the Urban Institute.

The report also found that 43% of Washington’s residents of color have debt in collection, compared to just 9% of its white residents. When compared to national averages of 42% of people of color and 26% of white people, respectively, it becomes strikingly clear that the District’s racial wealth gap eclipses that of the U.S. overall.

Despite the glaring number of recent suits in District of Columbia Courts — so many that an extra day was added to hear the influx of cases — the uptick is not unique, tracking with a general increase nationwide. Levinson-Waldman attributed this surge to a perfect storm of factors.

“One is that the debt industry has grown and intensified over a period of years and made the extraction of wealth from people with debt a business model,” he said.

The debt collection industry started seeing major growth in the late 1990s, creating today’s debt market, which is largely dominated by several major companies, according to ProPublica. These companies, Levinson-Waldman explains, exist for the sole purpose of purchasing debt on the debt market, typically for two or three cents on the dollar, according to Trade Commission data.

Major changes to the debt collection industry have been ongoing for the past few decades. The Trump administration ushered in a new era as the Consumer Financial Protection Bureau espoused a more relaxed approach, becoming much more friendly to businesses, even to the debt collection and payday lending industries.

“The Consumer Financial Protection Bureau has decreased enforcement actions dramatically and, in effect, sent a signal that the cop was no longer on the beat,” Levinson-Waldman said.

The Consumer Financial Protection Bureau proposed a rule which would give creditors the green light to overwhelm consumers with calls, texts and threats, so long as they didn’t opt out of electronic communications. This option, along with a disclosure of consumers’ rights would be available via an online link, rather than in writing, as was required prior to the Trump administration.

According to the Bureau’s 2019 Consumer Response Annual Report, nearly 50% of the year’s complaints nationally were filed for attempts to collect debt that wasn’t owed. The other half included complaints about a lack of written notifications of debt, unsavory communication tactics and the use or threat of negative legal action, among other abusive practices.

To complicate matters further, consumers facing abusive creditors and a negligent Consumer Financial Protection Bureau overwhelmingly find themselves at a stark disadvantage in court: they must often represent themselves, according to ProPublica.

“We know somebody is having a legal issue, generally, when they call the office,” Yates said, “it’s really up to the [person] doing the intake to delve into that problem and see if it’s something that we can help with.”

Yates also participates in writing hardship declarations, which serve as an opportunity for a consumer to explain the circumstances that led them to be unable to pay their debt.

“When a creditor is coming after you, they don’t care and they’re not going to take the time to listen to you,” Yates said. A hardship declaration letter enables a client to simply explain themselves, she added.

“Everybody has a story about what led them to get in debt,” Yates said.

As Mayor Muriel Bowser estimates that the District’s COVID-19 peak could occur as late as mid-June, there will likely be additional, adverse financial consequences for Washington residents.

In the meantime, however, the District of Columbia City Council has passed two emergency relief bills in an effort to curb financial hardships. The follow-up bill, which was unanimously approved  April 7, included vital protections for consumers facing impending financial uncertainty.

“Because the economy has tanked for reasons directly resulting from the pandemic, the solutions need to come from a public health framework,” Levinson-Waldman said.,

He explained that measures similar to those adopted by the District were repeatedly proposed at the federal level but subsequently rejected by Senate Republicans.

At the national level, Levinson-Waldman believes the recent stimulus bills are steps in the right direction. But he hopes for credit report protections, robust unemployment insurance, debt collection protections, mortgage and foreclosure and tenant protections.

“We know what the answer is: ‘Let the market take care of it,’” Levinson-Waldman said. “But, ballpark, half the country will fall further into the financial abyss, and so that cannot be the answer.”