AU extends pass/fail options in light of coronavirus: students and faculty weigh in

The decision came after online debates on social media and a student-led petition that gained 3,000 signatures. 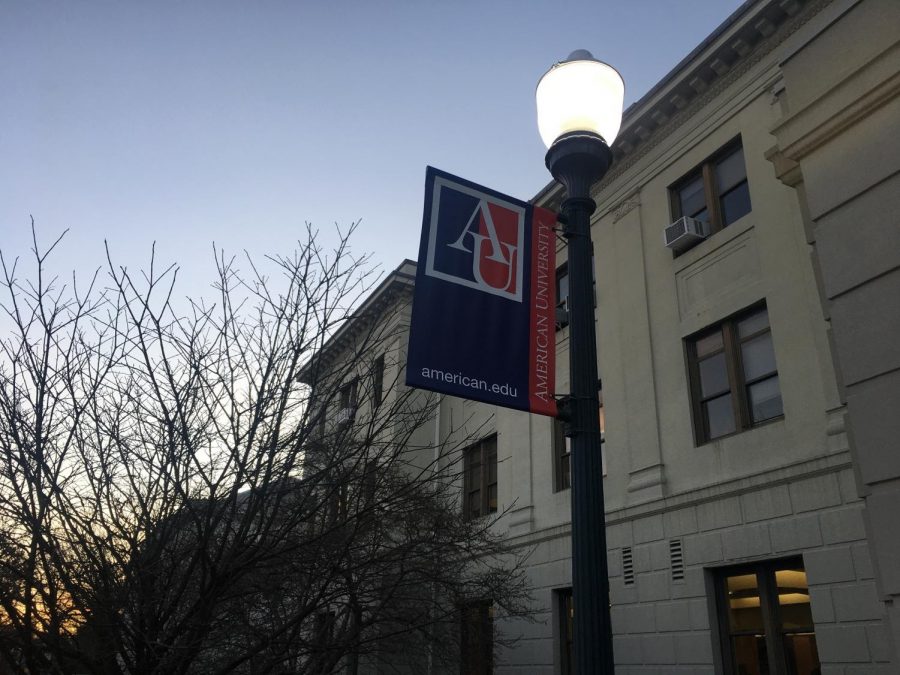 WASHINGTON — American University decided Thursday to give undergraduate and most graduate students the option to take their classes pass/fail for the Spring 2020 semester, in light of the Coronavirus pandemic.

Beginning April 1, students can opt-in to take their classes pass/fail until the last day  of the semester. They can change their grade options for elective, major and minor credits.

The exceptions to this include Washington College of Law students, students who have received certain scholarships, students in certain accelerator programs, or other unique situations explained in the email below: 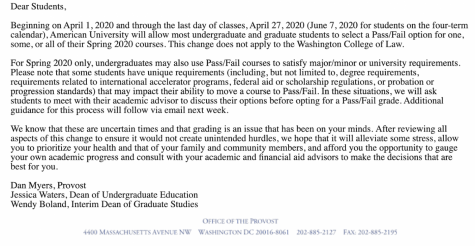 AU is now part of a growing list of universities extending their options for taking courses pass/fail after moving instruction online, including George Washington University and Georgetown University.

In an announcement sent to AU students Thursday, Provost Dan Myers said the administration has considered all aspects of the change to “ensure it would not create unintended hurdles,” and hopes it will ease some of the stress students are experiencing.

Jessica Waters, dean of undergraduate education at AU, said she hopes this decision will help students adjust to online classes.

“It’s such an uncertain time. And there’s so much we can’t control. I’m hoping that this gives students an element of control in at least one part of their life,” she said.

Waters said the administration considered student, staff and faculty opinions when making the decision. Many students who supported or disliked pass/fail emailed Waters personally to voice their concerns, she said.

“Frankly, it’s always helpful to hear from students themselves about how a decision may or may not impact them,” she said.

Perless said he got the idea from a similar petition spread by George Washington students.

“We really want to make sure our voices are heard,” said Perless.

The option to go pass/fail is helpful because it allows students to have “some semblance of control” over their own schedule during the adjustment to life in a pandemic, said Perless.

Perless said while he understands the university was initially concerned about the consequences pass/fail could have on students’ future academic success, the greater consequence would be to have students “flunking out of classes due to the pandemic.”

“Not many people are in the right headspace right now to be worrying about their education,” said Perless. “They’re worried about friends or family, who they’re just trying to keep safe.”

Perless’s argument was echoed by other students on the Instagram page @stoolamerican and in the comments section of the petition, as shown below.

Lara Schwartz, a professor in the School of Public Affairs at AU, was in favor of making classes pass/fail, and commended the advocacy efforts by students.

“Whenever AU students are advocating, I am glad to see it,” she said.

Schwartz noted the struggles in the disabled community will have with this transition, and the importance of the pass/fail option for that demographic.

“Majoritarian answers are not always the right answers,” she said in reference to how online classes are a roadblock for many students.

Some students argued against the option of pass/fail, saying it was not a good option for those who want to improve their GPA and that it could encourage lower work ethics in students. 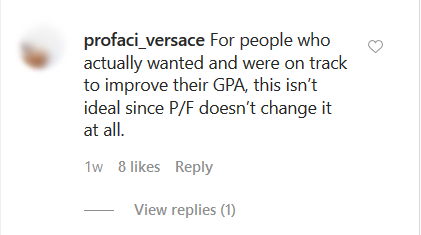 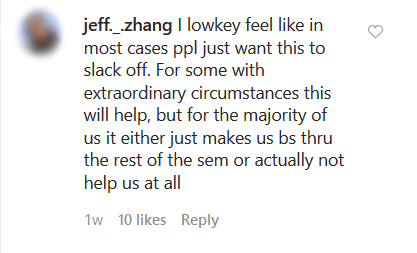 Schwartz said in this situation,  a majority of students are generally most worried about the fairness of online classes.

“What people ultimately want is fairness. [Students] don’t want to be graded in a format that is difficult for them,” she said.

David Vine, a professor in the anthropology department, said an issue he had with the new policy was that it excluded students on specific scholarships that prevent them from taking pass/fail courses.

“To be blunt, I think it’s stupid,” said Vine. “Any scholarship programs should make exceptions the way AU has made exceptions to its regulations.”

Vine said although he was happy the pass/fail policy was implemented, he wished it had occurred “a little bit quicker.” However, he noted that a disruption of this scale has not occurred in the United States in decades.

“The only thing vaguely comparable to this in my teaching career was this one time it snowed for an entire week,” Vine said.

Some students are still worried about the possible ramifications for students with fewer resources available for them to do well in online classes.

Mya Zemlock, a senior at AU, said students who have Internet and a space conducive to studying at home will have a greater ability to choose the 4.0 grading scale option, putting them at an advantage over those who had to take the option of pass/fail.

“If you’re going straight into a job after you graduate, then pass/fail is fine,” said Zemlock. “But if you’re going to grad school, they’re going to want to see your grades. And if you did all pass/fail for your semester, then it looks bad.”

A recent study from George Mason University and the Urban Institute found on average online classes lead to widening gaps across socioeconomic groups in terms of academic success, with students from marginalized backgrounds performing at “consistently lower” rates in online settings.

Zemlock said AU’s decision to make pass/fail an option was still the best solution, despite its disadvantages that may still negatively impact students with less resources.

“This whole situation is a lose-lose for everyone,” Zemlock said, later adding: “But this is a completely unorthodox situation that requires a lot of delicacy, and there needs to be nuance for decision-making. Being able to have that nuance would benefit a lot of students.”

Waters said she had many students come forward with similar concerns, which led to the agreement that students could decide if they wanted to take classes pass/fail. She said she wanted to allow for “flexibility and personal decision-making.”

“We made a very considered decision based on the best information we had in a way that provided as much flexibility for students as possible,” Waters said.

If you want to share your experience regarding the COVID-19 pandemic, reach out to [email protected]