Buttigieg campaign manager: A few days is a really long time in politics 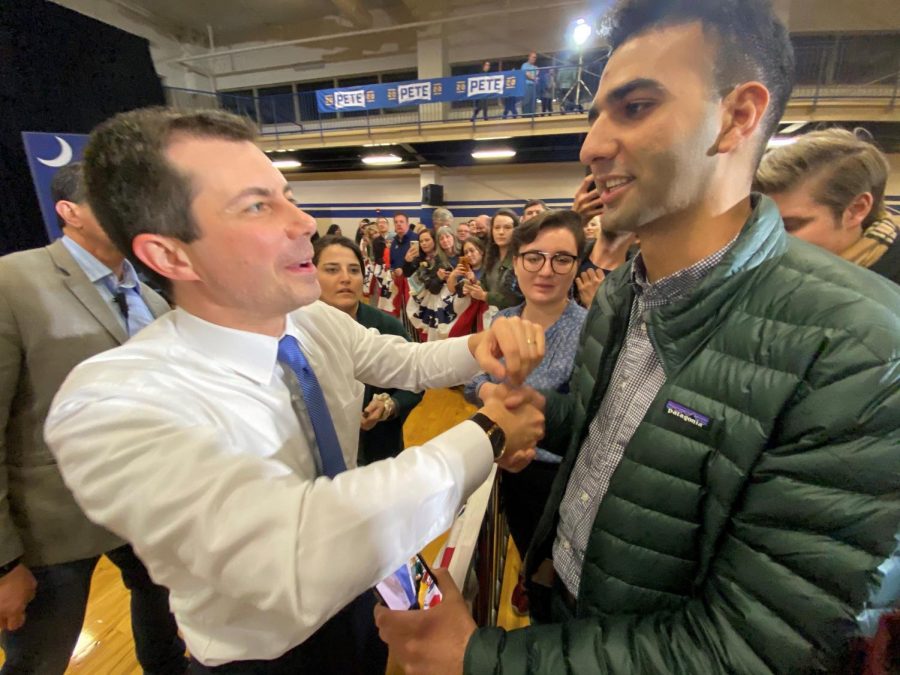 COLUMBIA, S.C. ─ On the eve of the highly anticipated first-in-the-South primary, the longtime friend and campaign manager to Pete Buttigieg, spoke with a quiet confidence to a group of eager American University students reporting on the primary.

At the time, Mike Schmuhl’s candidate faced looming doubts of earning the black vote in South Carolina and a question of viability heading into Super Tuesday. Despite an uncertain future afoot, Schmuhl never wavered in his confidence of the former South Bend mayor when giving students an inside look into the Buttigieg campaign.

“We’ve done better than polls, and I think that’s going to be the same case here,” Schmuhl said.

Forty-eight hours after Schmuhl said he was “feeling good” about South Carolina, Buttigieg officially dropped out of the race. Sen. Amy Klobuchar of Minnesota, following the millennial mayor’s lead, ended her campaign on Monday afternoon.

“A few days is a really long time in politics,” Schmuhl said.

A group of students who heard Schmuhl speak Friday afternoon attended the last Buttigieg rally in South Carolina only a few hours later.

Yazan Hanouneh, an American University senior looking to work on campaigns after graduation, attended the event.

“The energy in the room was high and organic,” Hanouneh said. “Buttigieg’s rally portrayed a very optimistic side of American politics that I hadn’t seen in years.”

Schmuhl said that Buttigieg is still an unknown name to many voters. Outside of a failed bid for Democratic National Committee chair in 2017, as well as a few notable articles written about his run as mayor in major publications such as The New York Times, Buttigieg has no claim to nationwide fame other than his 2020 presidential campaign.

Candidates are now hoping that the former supporters of Buttigieg will realign into their own camps before Super Tuesday when 14 states will hold primaries and 1,357 delegates will be awarded.

“It’s been a challenge because we had very humble beginnings, and we’re up against some of the biggest names in politics,” Schmuhl said.

Although his candidate may not be as popular as Biden in the state of South Carolina and other states prepping to vote in the coming weeks, Schmuhl did not seem to worry about Buttigieg competing.

“There’s still a lot of fluidity in the race,” Schmuhl said. “There are a lot of people who are undecided.”

In South Carolina, it seems those undecided voters did not come out to support Buttigieg, Tom Steyer, Warren or Klobuchar. Only the first and second place finishers walked away from the Palmetto state with delegates. With 100% of precincts reporting, Vice President Joe Biden dominated the electorate in his firewall contest with 48.4% of the popular vote and 35 delegates. Sen. Bernie Sanders followed at 19.9% and 13 delegates.

Buttigieg began the 2020 primary contests with a strong finish in Iowa. Last Thursday, 24 days after the first caucus in the nation, a selective recount of caucusgoers preference cards confirmed that Buttigieg held his slight lead over Sanders to walk away with 14 delegates.

“We did very well out of the gate in Iowa. We did very, very well in New Hampshire. We held our own in Nevada, and now we sort of turn the corner here to South Carolina and Super Tuesday,” Schmuhl said.

Many voters at campaign rallies across the state in the days leading up to the primary expressed that Buttigieg was their second choice. Timothy Brown, a 29-year-old student and an aspiring urbanist, said he had Buttigieg in his back pocket.

“Mayors are on the frontlines,” Brown said. “And Buttigieg, yeah, he may not have a lot of support on the national level, but he has that street fighting experience of dealing with local government and dealing with their problems up close.”

The Buttigieg momentum did not last into South Carolina. With a growing concern over the split of the moderate vote, many of those opposed to a Sanders nomination are wondering how the moderate candidates can win come Tuesday.

“I will no longer seek to be the 2020 Democratic nominee for president, but, I will do everything in my power to ensure that we have a new Democratic president come January,” Buttigieg said in a last-minute speech in his hometown.

While the former mayor has not endorsed a candidate yet, he suggested that the candidate he will support needs to be unifying and able to beat Donald Trump.

“We need a broad based agenda that can truly deliver for the American people, not one that gets lost in ideology,” Buttigieg said.