The Future of Black Affinity Housing at AU 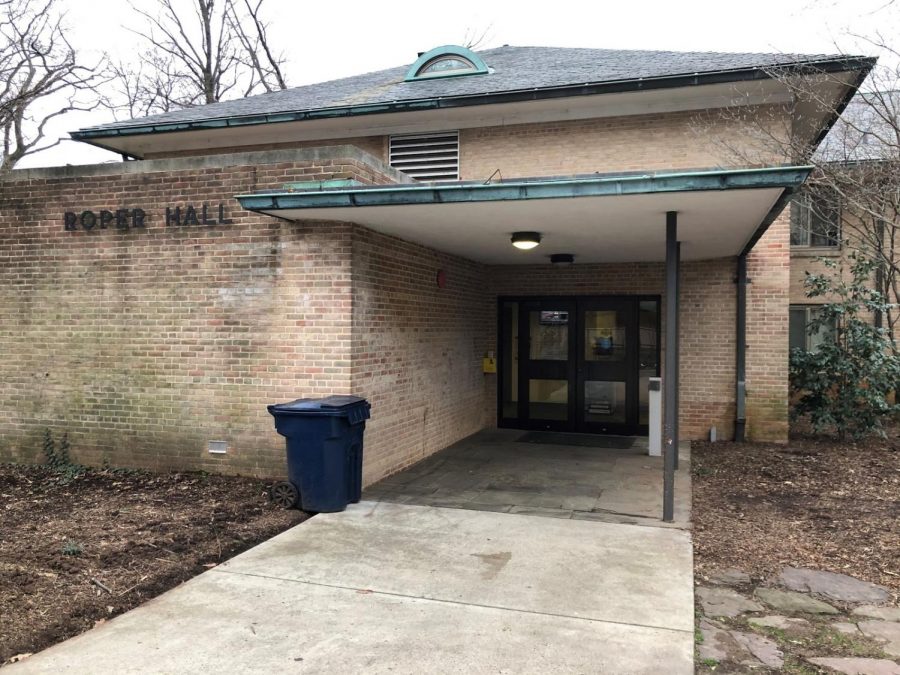 For the first time in the school’s history, American University will begin offering a black affinity housing option for students living on campus in the Fall of 2020.

Representatives who initiated the housing proposal hosted a press conference on Wednesday, February 12 to inform student media about the new housing option. The Black affinity housing option will be located in Roper Hall, and can accommodate up to 59 students from all grade levels.

“It’s our intent that with this new option, we will create a community built around shared identity, value, focus and goals,” said Consuelo Grier, director of Multicultural Student Support at the Center for Diversity and Inclusion.

Several other D.C. universities have included affinity housing options for marginalized students. George Washington University has multiple affinity groups, including a community for women of color and first generation college students. Georgetown University has The Black House, which aims to meet the needs of students of color by facilitating dialogue and creating a sense of community through a small group of residential students.

Representatives hosting the press conference emphasized that affinity housing is not new at AU.

In particular,“social justice LG” was mentioned, which focused on creating a space for conversations surrounding LGBTQ+ issues and race, according to Residence Life Director Lisa Freeman. Freeman also referenced AU’s “residential community clusters,” where students are brought together over a shared goal, cause or interest.

“So while we’re using affinity housing, and we’re talking specifically about the Black students, this is not a new concept,” Freeman said.

The formal structure of the community is still underway, but is being developed in collaboration with the Center for Diversity and Inclusion, the Black Caucus Committee and Housing and Residence Life.

Representatives hosting the press conference emphasized their commitment to involving students in the development of the community.

“We pay attention to what students are doing and saying,” Grier said. “One of these things was a petition that was student led last spring that really put forth a call to action to create some space.”

A petition in response to the racist incident by Eric Brock, a current sophomore, gained over 700 signatures after a video of a white AU undergraduate student saying the n-word went viral on social media. The petition called upon the university for more black spaces on campus, including black affinity housing.

Since the petition was launched last spring, the university has collaborated with several black student organizations, such as the Black Student Caucus, to address concerns about safe spaces for Black-identifying students at American University.

The input from students and surveys collected from the student body helped develop the proposal that was put forth to administration.

In addition to the press conference held last Wednesday, a number of student interest meetings have been held regarding the new Black affinity housing.

AU Ambassadors have also been educated on the new housing option, and have been encouraged to educate prospective students on the topic, according to freshman and ambassador-in-training Sydney Houston.

“Sometimes we do get questions about AU’s past with racial incidents,” said Houston. “It’s always important to showcase how AU has moved past that time and has shown more inclusive and diverse efforts.”

Hate crimes against black students on U.S. college campuses rose by 11 percent in 2017 according to a 2017 FBI report. Overall, anti-black hate crimes are the largest percentage of data collected and are the reason students said they need a safe space.

Representatives at the press conference acknowledged that Black affinity housing will not fix racial problems at AU, but that the housing option will help continue efforts in supporting marginalized students.

“It’s not a band-aid that’s going to fix everything,” Grier said.  “So all of the work that we’re doing in other aspects, both through the Inclusive Excellence plan and the work of our offices, will continue to happen.”

Although Houston herself does not plan on opting in for the Black affinity housing option, she believes that it is important for Black-identifying students to have the option of a safe space on campus. Houston also believes it will be an important aspect of developing a sense of community for Black students on campus, especially because American University is a predominantly white institution.

“I definitely would have liked to have known that affinity housing was an option as an incoming freshman,” Houston said. “It’s important to know that in all of the crazy hecticness that is transitioning into college, I could’ve had the security that my community surrounded me.”

Representatives expressed that a primary goal for the Black affinity housing initiative is to not only affirm identity for participating students, but also, to create a model for the AU community as a whole on how students can create open spaces for dialogue and inclusiveness.

“We want this to be somewhat of a lighthouse that can shine across campus to be a model for the community,” said Freeman. “To say ‘this is what community looks like not just for the participants, but for those that are outside.”