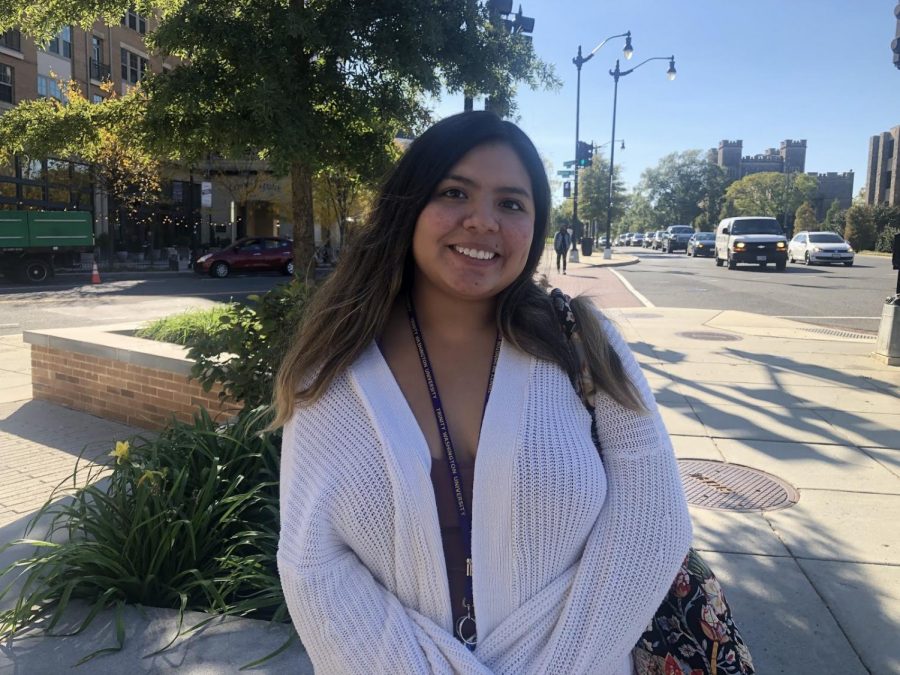 Luz Chavez didn’t know she was an undocumented immigrant until the week before applying to colleges. As a student in Montgomery County, her dream schools were American University and the University of Maryland. However, walking into her meeting with her high school guidance counselor, she was told that while she had the necessary test scores and GPA, due to her status, she could not apply to the schools she had dreamed of since childhood.

She walked out of her guidance counselor’s office in tears knowing that her future would never be the same.

Since Chavez came to the U.S. from Bolivia when she was 4, she qualified for the Deferred Action for Childhood Arrivals program that allows immigrants who were brought to the U.S. but did not receive documentation to stay if they meet certain requirements.

Chavez now attends Trinity Washington University and studies political science, sociology and education as a graduate student. She is one of the 600,000 people covered under DACA. Many of them are young adults in college, according to the U.S. Citizen and Immigration Service. Chavez and many other students in the program are struggling to afford higher education at American colleges and are turning to legal scholars for help while the fate of DACA remains uncertain.

During her time as an undergraduate student at Montgomery College, Chavez said she struggled to support herself and her family.

“I was working a part-time job. It was very low minimum wage so I wasn’t able to go to school full time because I needed to help pay for bills at home, and I needed to help find ways for me to pay for school,” Chavez said.

After DACA was rescinded, she knew that everything was on the line.

She decided to start a club at Montgomery College called the MC Dream Alliance, a group dedicated to providing allies and students who have DACA more access to resources.

Some groups are pushing back on the legality of DACA and its impact on the U.S. For example, the Federation for American Immigration Reform is an organization seeking to educate the public, legislators and policy-makers on the negative effects of mass migration to the U.S.

“The purpose of our immigration laws is to preserve the integrity of our borders,” said Matt O’Brien, director of research at FAIR. He and his organization support President Donald Trump’s attempt to end DACA.

On Nov. 12, the U.S. Supreme Court heard arguments on a case regarding the legality of Trump’s decision to end DACA. A decision on the case is expected later this year.

Many students are nervous about the possibility of their protections being taken away. Ahead of this decision, students are looking to legal programs for help.

The program represents students, like Chavez, in cases of protecting their status in the U.S. for no charge.

“This initiative is trying to fill the gap in helping people prepare. And if it’s preparing for the worst, unfortunately, that might give someone comfort,” said Assad. “Or, at least knowledge and information on what to do next.”

At schools in the U.S., students with DACA don’t qualify for federal financial aid and may also be viewed as international students, which could lead them to pay three times as much as a U.S. citizen.

Chavez continues to advocate for students with DACA. She joined United We Dream, where she helped organize students in the Washington area to rally outside the Supreme Court during oral arguments for a case regarding the fate of DACA.

She also received The Dream.US Scholarship which covered her entire tuition for graduate school at Trinity Washington University.

With the fate of DACA unknown, Chavez continues to urge for unity on the issue.

“We need to stop thinking about it in such a political tense because these are real people that are affected,” said Chavez.

Photojournalist and student Natalie Harder covered Washington’s DACA protest on the steps of the Supreme Court in November 2019. Watch her video below.