Freemasons and the Future Apocalypse: A Look into the Denver International Airport Conspiracy Theories

Conspiracy theories around the secretive Freemasons are ever-present. 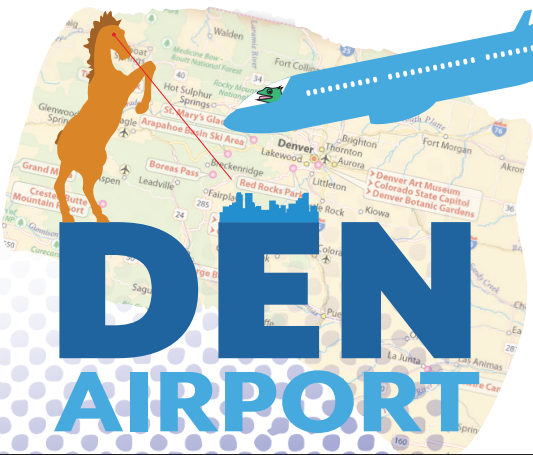 There’s a secret society that has housed many of the country’s founders, like George Washington, James Monroe, Benjamin Franklin. With suspicions of covered-up murders and random disappearances, the Freemasons continue to influence society.

Freemasonry is a fraternity that is connected by philanthropy and philosophical values.

“Freemasonry is definitely not a religion. One of the requirements to join is a belief in a supreme being, a higher power,” said Perry Blatstein, secretary of the Freemason Eagle Lodge in Tenleytown. “I can’t speak for the people in the 1700s, but it was definitely something similar.”

A specific faith isn’t required, meaning any worshipper can join, including satanists or pagans.

With roots stemming from the Middle Ages, Freemasons have been around for a long time. Conspiracy theories about the Freemasons that offset its picture of a simple, helpful organization are common.

Denver International Airport is a playground for conspiracy theorists who think it could be the sanctuary of the post-apocalyptic world for politicians and wealthy families.

Exhibit A: The Scene

Denver International Airport is a large, clean-cut building that looks normal from the exterior. Built in 1995, the airport was a huge stepping stone for the people of Colorado. The airport filled a citywide want for a monument to global travel.

Conspiracy theorists look beyond this.

Conspiracy theorists look at the fact that construction of the airport ran 16 months behind schedule. To these theorists, this means there could have been time allotted for additional areas to be built as a doomsday shelter for the elite. While this time could have been due to errors in design, investments, and construction, there is a possibility of a hidden agenda.

When Denver International Airport first opened, it exhibited various types of artwork that caught the eyes of people all over the nation. The artwork seemed eerie upon a closer look.  One of these artworks was a horse statue, known as the Blue Mustang, that stands outside as the main attraction. The artwork seemed to represent apocalyptic ideas, which led to the proliferation of conspiracy theories.

The Blue Mustang is a giant blue horse with demonic glowing red eyes and veins strung out on its face. The artist, Luis Jiménez, died during construction when a piece of the statue fell on him, which adds the mysterious element of the artwork.

Colloquially known as “Bluecifer,” conspiracy theorists believe the statue may be alluding to the four horsemen that call to the apocalypse in the Bible.

In the last book of the Bible, the disciple John writes about a pale horseman. The horseman’s name is Death and is described as ghostly with Hades following close behind. Although the color of this horse is “pale,” most drawings and depictions of this horse are blue.

There is a deeper meaning behind the horse statue in front of the airport, according to Alex Reneria, the public representative of media of Denver Airport. To the residents of Denver, it’s a landmark of one of the largest airports in the country, and their ability to travel globally.

“It was actually very personal,” Renteria said. Jiménez’s children had to add the finishing touches to the sculpture after Jiménez died during construction. Because Jiménez’s history of working with neon, the children made the eyes neon as a tribute to him, according to Renteria

While Weishaupt and other theorists see the stylistic choices such as the color, veins and darkness overall as a sign of Satanism, Renteria said she assumed that the design was personal style.

Jiménez’s previous work involved a lot of controversial pieces. Jiménez created a similar sculpture hat stands outside of the Smithsonian American Art Museum, of a cowboy riding a blue horse strikingly similar to the Blue Mustang. With the same demonic eyes and details on both sculptures, there seems to be a style that Jiménez used consistently.

The Blue Mustang could be an allusion to the apocalypse c or a symbol of satanism. Alternatively, it could also be part of Jiménez’s strategy to leave a legacy. Twenty-four years later, theorists and fans alike are still debating purpose around its design.

Inside the airport, there’s a stone that fuels Freemason conspiracy theories. The engraved Freemasonry symbol on the stone honors the airport.When taking a closer look, the stone reads “New World Airport.”

The phrase “was mentioned because it was a new global airport,” Renteria said. “I think it was in reference that since it was a newer airport, when it was built, we were trying to be a global entry.”

Conspiracy theorists think the next great war will cause the apocalypse with nuclear weapons, and the airport has an underground sanctuary for when this happens. These tunnels will protect political leaders and the wealthy in the event of an apocalyptic world. Essentially, if the world goes to shit, this is where the Vanderbilts and Beyonces will be—sipping champagne while the rest of the earth turns to dust.

Many others, including Blatstein, think this is pure conspiracy.

“If the Freemasons laid the cornerstone of the airport, that’s a very legitimate reason to have a stone,” Blatstein said. “The stone could be signifying a New World in a global sense, such as new systems of travel and trade.”

There is over a million square feet of space in the tunnels of the airport, according to KUSA Denver. This large number is considered evidence for the conspiracy theorists.

Renteria confirmed the existence of tunnels but said they are for baggage carts.

The Conclusion: Are these theories legit?

Denver Airport encourages the conspiracy theories by listing them on their website. The website’s page containing the conspiracies are more of a sarcastic portrayal of the airport’s theories.

“Are we expanding the bunkers? Revamping the lizards’ lairs? Ehh, not exactly. But if that’s what you want to believe, we’re not going to hinder your imagination. So dream on, travelers, dream on,” the site reads.

“The airport, a couple years back, decided, ‘Hey, let’s embrace it!’,” Renteria said. “So that’s what we do. We make fun of ourselves and embrace the theories.”

While Renteria talks about Denver Airport “embracing” these theories, the airport negates the theories in its webpage.

“The Freemasons, they’re all about the great work and the great work of the force, ruling mankind in the next stage which is the New World Order,” Weistraupt said.

If the New World Order is inevitable, then the earth might explode and consume mankind. But, if these are just a load of theories and over-thought coincidences, the earth is safe — for now.