Former student with learning disability says AU discriminated against her 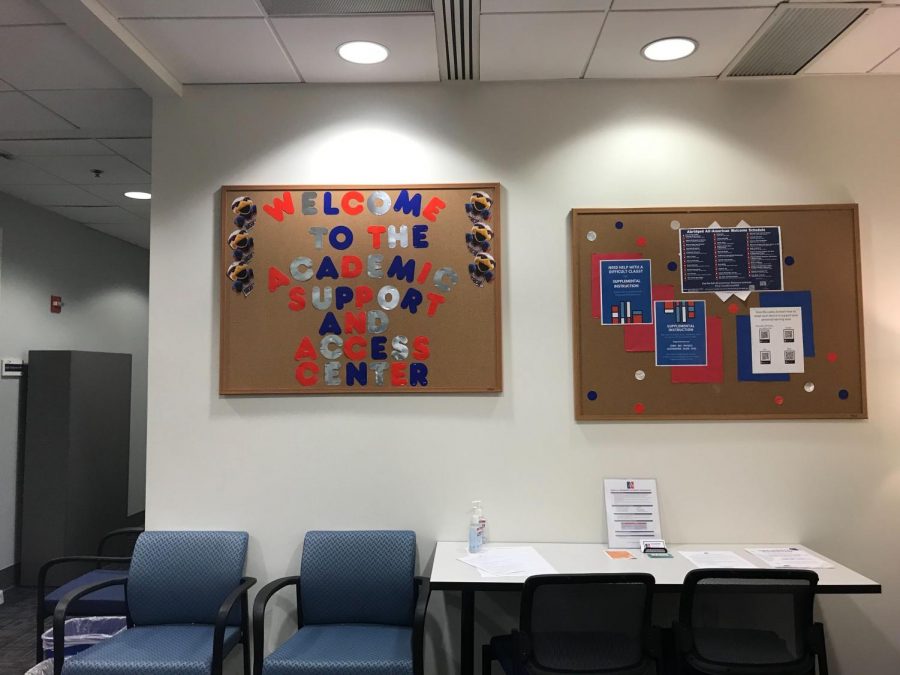 A former AU student said that the university discriminated against her based on her diagnosed learning disability.

In a Facebook post published on Sunday that has been shared by several AU students, Olivia Cronin described a year-long struggle with the university’s Academic Support and Access Center to receive accommodations related to her Auditory Processing Disorder (ADP). She filed a formal grievance with the federal department of education’s office of civil rights, which conducted an investigation into potential discrimination.

“American University does not care about its disabled students … If you see this and are considering attending AU- reconsider,” Cronin said in her post.

In an interview, Cronin said that after repeatedly failing language courses despite her best efforts, her parents suggested she should get an evaluation to determine if something might be causing her struggles.

“I always had thought I was just bad at languages and that was just something I live with,” said Cronin.

But, after she was diagnosed with ADP and ADHD in September 2018, her doctor informed her that fluency in a foreign language would likely remain unachievable for her. When her requests for a foreign language waiver were repeatedly denied by ASAC, she said she felt there was no other option but to leave AU.

Cronin was a student in the School of International Service’s Global Scholars Program, which requires learning a language to the intermediate level. In her first semester at AU, Cronin took an introductory level French class. She said she failed her exams, but managed to pass with a C.

Cronin submitted her doctor’s findings to ASAC on Oct. 4, 2018, and requested a waiver to be exempt from the foreign language requirements in her major, specifically because of the increasing intensity of the course requirements as she progressed in a language beyond the introductory level courses.

Cronin reached out to Nicole Nowinski, associate director of ASAC, asking for more information about the determination that she would not receive a foreign language waiver.

Nowinski, who did not respond to repeated requests for comment, said in an email to Cronin that “while language acquisition is a weakness for you, it is not disabling to the extent that you have an inability to learn a new language.” She supported the original decision to withhold a language waiver but suggested that other on-campus resources were available for students with ADHD.

“None of their emails, nothing ever mentioned Auditory Processing Disorder. They just brushed that off to the side,” said Cronin “I honestly think that they didn’t know what it was, and they were just going to ignore it.”

Cronin’s doctor submitted a second letter in late November 2018, noting that Cronin’s disability is specific to her ability to process sounds within unfamiliar words, which is required when studying a foreign language.

“Olivia does meet the criteria for a learning disability,” the note stated. “The appropriate accommodation for this disability area would be: the opportunity to waive the required, higher level foreign language courses.”

In a follow-up email from ASAC, Nowinski said “weakness and difficulty in certain areas does not necessarily correlate to a disabling condition.” Nowinski said that she understood that Cronin’s doctor recommended a foreign language waiver, but that “recommendations do not automatically mean that an accommodation is approved.

On the Facebook post that Cronin shared about her experience, several other AU students commented that they had experienced similar issues at the university. AWOL has not yet confirmed these accounts, but through the discourse online it was clear that several students reported tension with the university administration regarding access to disability support services at AU.

Emily Peugh, who graduated in May 2019, commented on Cronin’s Facebook post that she had faced “countless” incidents of discrimination at the university.

“I’m so glad you’re fighting AU,” Peugh said in a comment to Cronin’s post. “The culture of discrimination and just lack of empathy for their students is absolutely disgusting.”

“This is disgusting,” Chelsea Rose, who attended graduate school at AU, also commented. “I know AU has shitty administration failing its students in other areas but to have the director of the disability center describe a disability as a weakness is appalling.”

The Office of the President did not directly provide a comment, but they referred AWOL to a statement provided by AU Spokesperson Kelly Alexander:

“The Academic Support and Access Center (ASAC) is committed to serving AU students with disabilities through the provision of reasonable accommodations. Our goal is to be true to AU’s commitment to inclusive excellence and to provide equal access for all students with disabilities. Recognizing that every student has unique needs that may change over their time at AU, the ASAC seeks to fully engage with all students requesting accommodations in an individualized, interactive, and continuous process. When accommodation decisions are made, we are transparent with students about those decisions and the reasons behind them. Due to privacy requirements, AU cannot comment on individual student circumstances.

In January, Cronin reached out to Lindsay Northup-Moore, the director of ASAC.

Northup-Moore did not respond to repeated requests for personal comment, but in an email to Cronin she noted: “While auditory processing is a weakness for you, your objective measure results from the neuropsychological report do not present that you have a deficit that is disabling to the point where you’re not able to demonstrate proficiency in a foreign language.”

In response to her grievance, Mary Clark, dean of academic affairs at AU, supported the ASAC’s decision in her stated resolution of the case.

Clark said that while Cronin’s disability could contribute to her difficulty in passing foreign language classes, her diagnosis “did not declare that it was impossible.”

For Cronin, the issue was not whether learning a foreign language was possible, it was the fact that learning a language would pose a specific difficulty to her based on her disability — that’s why she applied for a waiver in the first place.

Cronin said her decision to leave the university was based solely on her inability to complete her foreign language requirements without the waiver. When she left, she had 8 credits left, all of which were higher-level language courses that would have been exempted with ASAC accommodations.

“I wanted to finish my degree from AU,” said Cronin. “But they did not provide reasonable accommodation, so I had to leave. I would probably still be at AU for several years if I had to take a language. I would’ve just been taking it, and failing it, taking it and failing it.”

The investigation conducted by the Office of Civil Rights indicated that because Cronin had filed the proper 504 grievance with AU, no further action would be taken.

If you are a student or an alumnus from AU that experienced discrimination at American University based on your disability and would like to share your story, reach out to [email protected]

UPDATE: A former version of this article contained a photo with individuals’s faces. It has now been replaced.