James Obergefell on the Future of LGBTQ+ Equality

The plaintiff of the landmark Supreme Court case legalizing same-sex marriage discusses his experience with queer activism and how to improve LGBTQ+ equality. 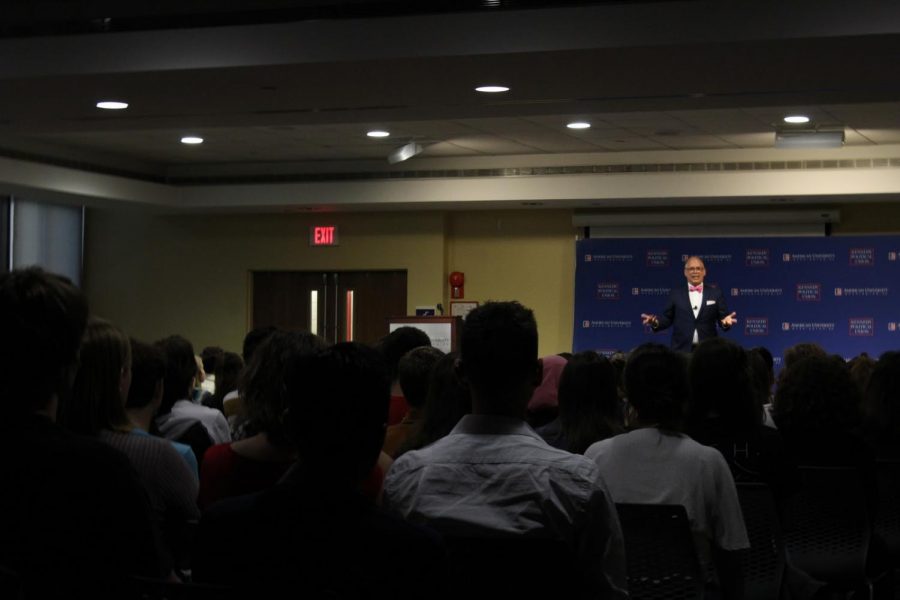 Over four years ago, on June 26, 2015, Obergefell v. Hodges fell in Obegefell’s favor, legalizing same-sex marriage nationwide. This was a monumental push towards LGBTQ+ equality and recognition, the stepping stone to future civil rights endeavors. In a room packed to the walls with students, Obergefell took the stage to share his story of “accidental activism.” Over the course of an hour, Obergefell described how his capability to fight through the courts was wholly empowered by his love for John Arthur. 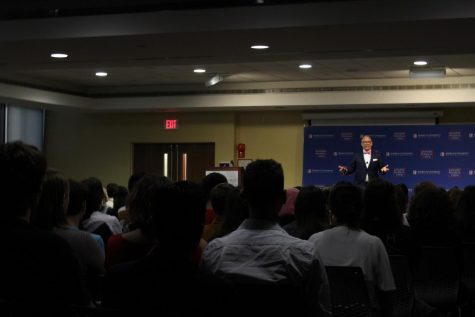 Partners since 1993, everything changed when Arther was suddenly diagnosed with Amyotrophic lateral sclerosis in 2011. In 2013, the two men flew to Maryland together for a ceremony conducted on the Baltimore-Washington International Airport tarmac in the very plane they took from their home state of Ohio. Upon Arthur’s passing that year, Obergefell and Arthur realized that although their marriage would be accepted in Maryland, they would not be recognized as a couple on his death certificate.

“We were right. The state was wrong,” Obergefell said.

It was the refusal of that basic recognition that prompted Obergell to conviction.

“The perfect reason to fight was for John,” Obergefell said.

This inspired him to proceed through the federal court system alongside 15 other couples until they were ceremoniously granted their decision in 2015.

When asked how he felt walking down the Supreme Court steps, knowing that their fight for equality was victorious, Obergefell said that he was “an equal American for the first time as a young gay man.”

Four years later, in discussion on what the fight for queer equality looks like now, Obergefell said that “our fight is not fought in a vacuum.” He discussed how he is not only an LGBTQ+ rights activist, but a civil rights activist.

According to Human Rights Watch, a new rule presented by the Trump administration would give health care providers the ability to discriminate against transgender individuals. If implemented it would make it harder for these individuals to receive healthcare in the U.S.

When asked for his thoughts on government treatment towards transgender citizens, Obergefell stressed the idea that every struggling community deserves justice and recognition.

“You have to fight for every community ,” he said. “Discrimination is recycled, and nobody should be fighting for that.”

In the wake of Obergefell v. Hodges, the cultural institution of marriage had its definition expanded, but in the present, federal and state level policies still threaten to abridge the rights of queer people en masse.

Obergefell’s fight proves that more can be done for social equality.

“With every lawsuit, there is a story at the heart of the case,” he said.

Whether it be fighting for transgender rights or rights pertaining to other minorities, Obergefell believes that anyone can take a stand. For Obergefell, his perfect reason to fight was John.

And for students and activists?

“Your perfect reason to fight is for your diverse community,” Obergefell said.