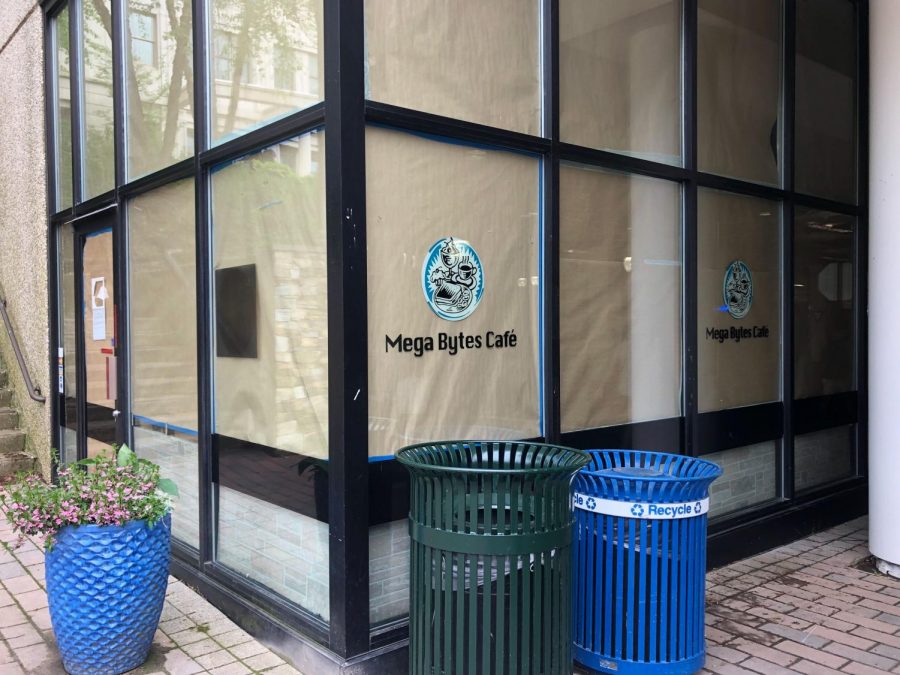 Tom Gera, owner of Megabytes Cafe at AU, filed a lawsuit against the school in December claiming that the school did not respond to Gera’s pest concerns, which were brought to the school’s attention months before the infamous “wonk rat” video surfaced.

“On numerous occasions, the Plaintiff reported a Pest Issue to the Defendant and the Defendant’s Pest Company,” says court documents filed in D.C. Superior Court.

Sanitation issues at Megabytes received school-wide attention when a video, posted by student Paige Kupsky on Oct. 29, 2018, surfaced of a rat roaming Megabytes at night.

“We anticipate the closure to last through next Friday (Nov. 9, 2018),” AU said in a statement to The Eagle. “We will provide an update as soon as we have additional information.”

Megabytes has remained closed for over five months.

While the rat video was the first critter incident to have drawn public attention, sanitation has been an issue on campus for years and has seen no improvement, Gera said.

“This has been going on for the last four years, and in the last one or two years, it has become more significant,” Gera said.

On July 27, 2018, three months prior to the video, Gera emailed an alert and request for action to multiple American University staff members managing Auxiliary Services and Facilities Management.

“I want to remind you that the rat problem is university-wide and especially at night time they are out in open near office buildings, dorms. So please get this done asap. I have asked you for over two months now,” Gera said in the email sent on July 27, 2018, in which he showed AWOL. This has been a continuous problem for Gera and the university has failed to deal with the problem on multiple occasions.

“Four years ago, AU told me that I could not use my pest control company, I have to use the pest control company that they recommend,” Gera said. “But I believe that AU is using an inferior quality company because they bill the cheapest.” He claims that this is a large reason for lack of improvement.

“[American University] has been the real problem for the past two to three years since they don’t take significant steps to actually do the work. They don’t take care of the basic main problems and it shouldn’t continue like that,” Gera said in regards to the AU administration and their handling of dining facilities on campus.

Within the aforementioned email, Gera stated the need for renovation within Megabytes.

“The contractors who came at Megabytes for the scope of work are eager and ready to work. I do believe that AU is not looking to spend the required money or looking at the way not to do the work,” Gera wrote in the email.

“Your assertion that the University is looking to not spend money is baseless and inflammatory,” Smith replied in an email later that day, “As suggested before, we understand that the business environment has changed on campus. We would be happy to buy you out of the lease since you have such a problem with campus facilities.”

With no action from the university towards improving Megabytes, Gera claims that Aramark is using this as a way to take over his space.

It is stated within the court document that Stewart McKinney, Regional Vice President for Aramark, granted approval for Cover allowing him to purchase tickets priced at $14,000 for an American University client. Receiving no further instruction from Stewart, the court case states that “Cover purchased the six Washington Capitals’ tickets on his personal credit card and submitted an expense report for the price of the tickets and indicated that the expense was ‘client entertainment.’” McKinney denied a request for comment.

According to the Aramark Gifts and Entertainment Policy, “Providing or accepting gifts or entertainment to or from clients or suppliers can easily create the appearance of a conflict of interest, especially if the value of the gift or entertainment is significant.”

The conflicts of interest section states that “A conflict of interest may arise if you or your family member recommends, negotiates, or contracts on behalf of Aramark on one side of a transaction and a related party is on the other side.”

Stated later in the case, Cover received a call from Laurie Garrett, an Associate Vice President of MyHR Portal for Aramark to discuss a “policy violation” surrounding the tickets. Cover sent Garrett text messages and emails that showed Stewart’s approval to purchase the tickets for Smith. Garrett denied a request for comment.

“Smith is taking money from a private company and that company is on campus. He should not have a job and he should not be in charge of choosing who is replaced by Aramark,” Gera said.

The future of dining at AU remains unclear and unresolved, as Aramark owned facilities and other independently operated facilities remain alongside one another.

“It comes down to money and greed,” Gera said, “I have seen too many friends complain about Aramark.”

Laurie Garrett, Stewart Mckinney, and Charles Smith denied a request for comment. Julian Cover did not respond when asked to comment.

The original headline for this story was changed for accuracy.