COMMENTARY || A Queer Conditioning: In Pursuit of Community 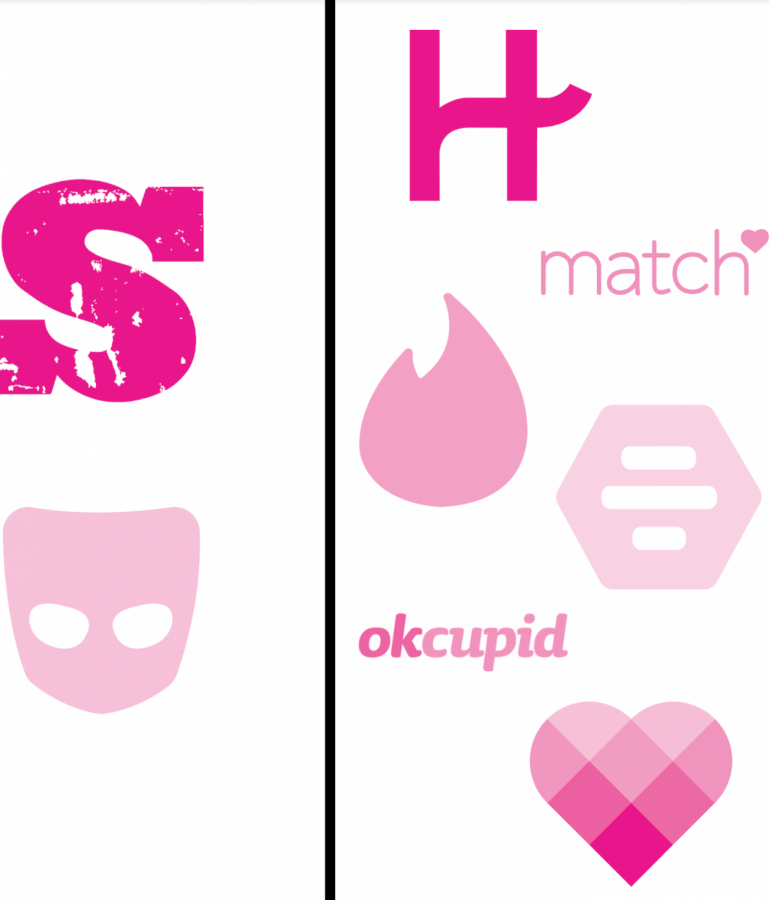 Yet too often, a young gay man will walk into his own abuse unaware of his mistreatment and without a complete understanding of how he got there. Forty percent of gay men report having experienced sexual violence in their lifetime, according to the Human Rights Campaign. Many of us have been that young gay man and many more will be.

A generation of queer kids is growing up into a world that has yet to recognize their sexuality as normal. With gay marriage becoming legalized in more and more countries, with conversation therapy being made illegal in more and more states, there’s a misguided notion developing that the issue of gay rights has been handled and that there is no room for improvement.

But, when 40 percent of gay men report experiencing sexual violence the plight of homosexual youth cannot be ignored.  Limited in how they access their community, and constrained in how they explore it, queer people and especially young gay men are flocking to apps to find others like them. In some instances, it can lead to friendships and to the romantic connections they’ve ordinarily been deprived of, but more often than not it leads to sex.

The “community” offered through these apps is nothing like the access of their straight peers. The user base of these apps is populated by men of all ages and experience levels. These men have varying intentions, but more often than not, they are sexual. For the young gay man, there is an opportunity on these apps–convenience without parallel in their physical reality. The situation entices these young men to join and to create a profile, only to find themselves part of a common narrative. This is one where exploratory interests lead them down a path that ends in the theft of their innocence and the commodification of their bodies.

The two most popular social networking apps specifically targeted at queer men are Grindr and Scruff. As of 2019, Grindr has 3.8 million daily users, while Scruff maintains over 15 million. The majority of their users are young gay men. As reported by the data collection company Statista, as of January 2018, 23 percent of the men using Grindr were between the ages of 18 and 24.

The draw to these apps is directly correlated with what gay men lack in their own adolescence. In Grindr’s mission statement, they claim to offer “a safe space where you can discover, navigate, and get zero feet away from the queer world around you.”  They usher their users to “keep exploring, ” but the dangers and possible implications of that exploration go unexplained.

In a society where heterosexuality is the default sexuality, straight youth have an ability to freely engage in a sexual and romantic flirtation with their peers in a way that gay youth cannot. They do not have the looming anxieties which are a central part of the queer experience. A defining experience of many gay kids is the fear of rejection and an internal sense of otherness as they start exploring and forming their identity.

I spoke with a queer neuropsychologist, Dr. Sidney Binks, about the early mental health issues which affect boys when defining their identity.

Binks noted that the issues start early, “by being forced through a heteronormative family, gay kids were feeling an inability to develop healthy self-esteem and not being reinforced for who they actually are. It starts very young, and then going into a peer group situation it compounds itself.”

It’s an internal struggle that becomes an outward one. The exploration and development of one’s identity can have behavioral changes that are often criticized and shamed. Gay youth are often burdened by an internalized homophobia that demands they change themselves to protect their wellbeing.

It’s no wonder that young gay men seek these online platforms because it helps them to access spaces solely populated by people like them. Despite massive discrepancies in other dimensions of their identities, in age, intention, and life knowledge, gay kids will engage with the queer people online because it’s often their only shot at having their queer identity validated. In many cases, kids join these 18+ apps when they’re underage because they want their identity to be recognized.

Last month, a story at The Verge referenced Tinder and Grindr because of criticism they received in the wake of a police investigation. Reporting referenced by The Verge concluded that “law enforcement officials in the UK have investigated more than 30 cases where children evaded age requirements on dating apps and were later raped, according to public records obtained by the outlet. The report also found another 60 cases involving sexual exploitation of children on dating services.”

Children feeling the need to join apps with overt sexual tones to explore their identity is emblematic of a global problem. There is a lack of resources and attention given to a developing queer generation.

Young boys join these apps and advertise themselves to an audience of men who are older and more experienced. They’re prompted to share such factors as their height, weight, location, STD/HIV status, and sexual preference. The pool they access is populated by men of any age who can message and interact with these young boys without restriction.

Compounding this problem even further is the issue of lying on these apps; as reported by the Star Observer from an online survey, three in ten gay men lie about their age or appearance while using apps like Grindr and Scruff. This discrepancy in age and experience combined with the overt themes of spontaneous and casual sex supported by the app’s structure lend themselves to sexual and romantic experiences which are more often than not, uncomfortable and unfulfilling.

The nonprofit TimeWellSpent conducted a survey of 200,000 iPhone users. They uncovered that Grindr had the most unhappy users of any app available for download; with 77 percent of its users reported feeling unhappy after using the application. Why then does the urge to use these apps continue and return? Why are millions of men coming back to a platform which so consistently creates distress? Even if for the sake of “community”?

This was the big question in my mind when I stumbled upon the work of gay psychiatrist Jack Turban, a reporter for Vox. The evidence he cited affirmed much of what  I have heard in my own experiences talking with other gay men.

“Neuroscientists have shown that orgasm causes activation of pleasure areas of the brain like the ventral tegmental area while deactivating areas involved with self-control,” Turban said. “And these patterns of activation in men are strikingly similar to what researchers see in the brain of individuals using heroin or cocaine. So when a neutral action (clicking on Grindr) is paired with a pleasurable response in the brain (orgasm), humans learn to do that action over and over again.”

It’s comparable to addiction, and so are its complications.

As reported broadly by the National Alliance on Mental Illness, “LGBTQ individuals are almost three times more likely than others to experience a mental health condition such as major depression or generalized anxiety disorder.”

It starts early in life. The simple desire for community, validation, recognition, and affirmation, is universal. But as gay men exist, in deprivation of basic luxuries afforded to their straight peers, this simple desire motivates activity with an incredible potential for self-harm.

I grew up in Southern California, an hour north of Los Angeles. I am white, and I grew up in a predominantly white, upper-middle class area. I had a stable home and a strong support system of family and friends. My schooling was inclusive. In most every area of my life, I maintained incredible privileges. Superficially, it would seem I had all of the ingredients for a healthy coming out process. But it was only through Grindr that I could interact with other gay men. It was only through an app that I could talk openly and uninhibited with another person like me.

Bullying through middle school and in the early years after my coming out ingrained me with a staying sense of anxiety, a fear of rejection. I accessed these apps so that I might not feel so shameful of my identity. I went online to find people like me. And I did, occasionally. But I more often found men whose only common ground with me was in our homosexuality. Inexperience, age, and intention, we varied greatly. But when one is, for the first time in their life, offered the chance at an interaction with another gay man, you jump for it.

I jumped for it. Two years after joining Grindr and Scruff, I have been a victim of sexual violence. I have seen my sexual self-disassociate from my passive identity. I have been lied to. I have been coerced. I have been manipulated and seen my body commodified due to sexual interest. Many of my struggles and pitfalls were the product of my own mistakes, bound up with issues in self-esteem that started early on.

However, as I’ve grown and had the opportunity to speak with other queer men, and other queer people, I have come to realize my experience to be the same as many of my peers. We are often conditioned in the same ways by our heteronormative society, pushed to the same ends to find our community, and while these apps may not directly carry the greater blame for our circumstances, they carry a promise: that what we find online is our community, when it is not.

Dr. Sidney Binks said about Grindr and Scruff,  “For gay kids who don’t really know other gay people yet their own age, it’s there. Maybe it’s the equivalent of looking at Playboy Magazine from my day, but it’s fraught with a lot more danger…The possibility for trauma and things not going well. Looking at a picture is a lot different than potentially meeting somebody.”

These apps endow young gay man with a volatile power. The urge for community might draw them to these apps, but the sex will keep them. And it’s quite possible that soon enough the association between the two will cement itself. They will be understood together.

Any ‘community’ offered through these apps is insufficient when it comes to the real need for connection. I’ve spoken specifically on gay men, but these issues really impact every member of the queer community.

The plight of queer women and queer people of color is even more severe in almost every instance. Young queer people join these online spaces to find their identity validated. Instead, they are often sexually manipulated and forced to mature faster than their peers. Anonymity is common. Intentions are disparate. The unequal power dynamics that come with the differences in age and experience breed inequality and endanger consensual sex.