Opinion: I Want To Believe in American University Student Government 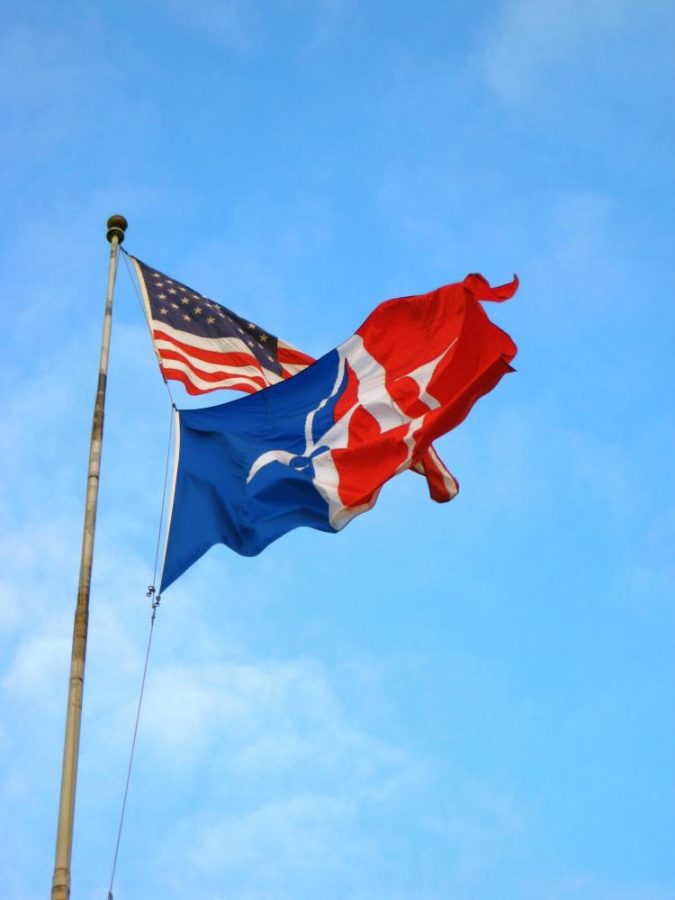 This is an opinion piece by Mitchell Lenneville and does not reflect the opinions of AWOL staff nor constitute as an endorsement or criticism for any American University’s Student Government presidential candidates.

It’s election season at American University. The campus is covered with a light dusting of colorful flyers and hypocrisy. America’s “#1 most politically active” campus is having a crisis of faith over student government.

AU students love to complain about the American University Student Government (AUSG) and the members of our student government have come to expect it.

Many who read this will know me as the lead organizer of the “College Is A Debt Sentence” protest a couple of weeks ago. I’m disappointed to say that working to fight the meal plan and tuition increase was what first opened my eyes to some of the serious problems within AUSG.

Like many at AU, I’m from a working-class family. My parents both work long hours to keep our tiny family business open. When my younger brother decided to attend AU, the Financial Aid Office cut my grant by one-third, citing changes in the value of my family’s only home.

After hours of confusing phone calls, meetings, and mixed signals from every direction, the office told me I should be thankful they didn’t cut my aid more. At the conclusion of the appeals process, they told me that I should be pleased they weren’t demanding more for the year of college I had just completed.

My story isn’t unique. When I started sharing my story, many other students came forward with similar financial aid horror stories. This isn’t just an AU-specific problem. Students across the United States are drowning in a college debt crisis. This is why I started organizing the town hall and protest earlier this semester.

I had seen my friends in tears because the cost of attending AU was breaking their families’ backs, or because they had to leave AU altogether. I wanted to give these students an opportunity to make their voices heard. I expected AUSG to be an ally.

The problem starts at the top. When I invited AUSG President Valentina Fernández and Secretary Alex Behle to attend our town hall, I was hoping that they would work with student activists and make a difference.

Instead, I saw Fernández and Behle sitting in the back corner of the room, silent while students demonstrated extraordinary bravery by being open about their family’s financial hardship. Trying to build bridges, I openly praised the work that AUSG was doing several times throughout the evening. Finally, I invited Fernández to take command of the room, to tell us what she was doing to represent student interests.

Instead, students felt she condescended. She stood up in front of a room full of students, some of whom were still in tears from sharing their stories, and told students that they didn’t know enough about the processes involving financial aid.  She said that the attendees had failed to get involved.

As one student told AWOL, “We already have one administration to fight; we don’t need another one.” All she needed to say was that she was with us and that she was going to do her best.

Fernández took to Facebook and questioned the credibility of student media and of students who had attended the event. On Facebook, Fernández reacted to the criticism about her comments during the town hall by claiming that a freshman had “a record of criticizing me and AUSG.”

The most important lesson that I’ve learned from the public servants I’ve worked with and respect the most is this: the people who you serve don’t owe you anything. It’s your responsibility to earn their trust, get them involved, and to stand up to their criticism. That’s the cost of being a true public servant. That’s the cost of being a student leader.

No student leader should expect freshmen, who just got to campus and who will be bearing the brunt of tuition and meal plan increases, to have been involved in a budget process that started before they even applied to AU. Student leaders should promote, not prevent, campus activism.

Fernández has labeled campus activism that she doesn’t approve of as “performative.” After the town hall, she suggested that the only reason students were getting involved was that because they want to run for AUSG. Even if AUSG is the core of what a student does at AU, they should be able to recognize that there are other reasons why people might get involved in activism except to win points for the election.

Out of all the key organizers of the College Is A Debt Sentence movement, none are running in the current election. Our movement is working to organize students on other campuses and get them involved in a national conversation about the cost of education.

Fernández had an opportunity to lead at that town hall meeting. She had an opportunity to build a bridge between the passionate students with seats at the table and those locked out of the board room, but I feel she rejected it. It is failures of leadership like these that strike right to the core of the problem.

AUSG seems to have an image problem, as evidenced by a long series of scandals. That problem won’t be fixed as long as we continue to elect leaders who fail to gain the trust of our student body. Student leaders can have a healthy tension with the administration and still represent the interests of the people who elected them.

Look at how quickly a botched Dining Q&A, a protest Facebook Event, and student media defeated the meal plan increase. Our administration respects a challenge, and they have both publicly and privately praised the members of our protest for getting involved.

Now, Fernández is actively campaigning for and openly endorsing two candidates for AUSG, saying that “student government does not need another insider.” We also have to ask ourselves: why would we rely on the consummate insider to tell us who the outsider candidate is?

Looking in from the outside: this election is full of outsiders. We need to focus on electing student leaders who will stand up to the administration. Students should look for candidates who will go to the mat for other students regardless of the consequences.

Consider learning more about the candidates that Fernández criticized in her recent article in the Eagle. Ignore the politics, look for the candidates who are short on ego and long on heart. Who can take AUSG from a party planning committee to a strong student-centered organization fighting for issues that really matter?

If we want to reform AUSG, we shouldn’t be letting the AUSG president tell us how to vote.