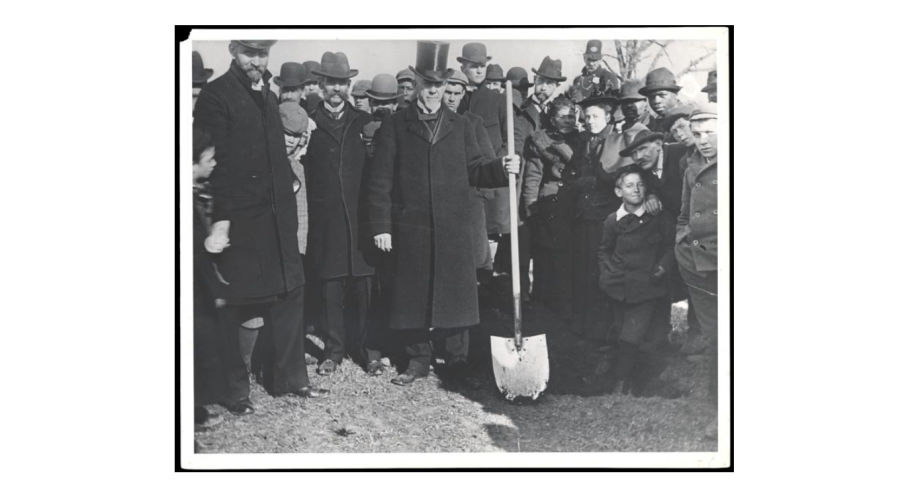 The American University Working Group on the Influence of Slavery presented its findings on Feb.18 about the university’s founding and its ties to slavery, as well as plans for a marker of recognition.

Through their research, they discovered AU’s founder, John Fletcher Hurst, had “one or two slaves.” One’s name is unknown and the other went by Tom King.

“I think it’s wonderful that we do have the information that we have, specifically about how Tom King had a name, ” said Christine Platt, Anti-racist Research and Policy Center managing director. “As a historian, it’s just amazing to me.”

The working group also discovered that nine enslaved individuals may have worked on the tract of land, stretching from Georgetown into Montgomery County.

“The issue is the erasure, that we don’t know their names,” said the working group. “Memorializing that erasure is important as well. To say there’s a history here we can’t even name because we don’t know the names of those individuals.”

At the event, the panel also revealed the timeline of the Methodist Church, AU’s affiliated church, and its ties to slavery. The key findings include the church forbidding its members from having slaves in 1784, until one year later when this rule was suspended. In 1800, this rule was renewed with the amendment that they must do it only “if practicable.” This eventually led to the church splitting into two separate groups.

“When we were looking at the money that was coming in for the university [from the Methodist Church], the money was raised nationwide. So it is without doubt that some of the money was generated through the wealth gained from the institution of slavery,” said the working group.

Along with this report, the working group is planning to create a physical marker of the history of slavery at AU.

Along with this physical marker, the working group revealed plans about a scholarship, named after Tom King, for students of color. They also discussed the importance of implementing this information into AUx and orientation.

The working group stressed that this process of uncovering AU’s history with slavery is a work in progress.

“This is not the last report,” said Aldridge. “There is never going to be a last report.”

The full report can be found here.