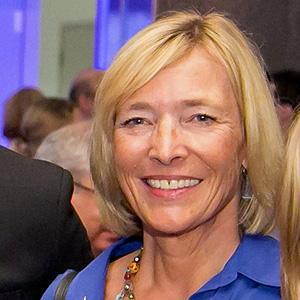 Environmental media is a broad and multifaceted field covering an array of preservationist and conservationist themes relating to natural resources, landscapes, and wildlife. Environmental media is historically designed not only to raise awareness of the impacts of human activity on the planet, but to make their messages actionable by inspiring audiences to take up their cause. Huge changes to the circulation and effectiveness of environmentalist messages came with increased internet access across the globe, as well as the advent of social media.

An interview with Margaret Stogner, the executive director of AU’s Center for Environmental Filmmaking, helped give a perspective on the interaction between contemporary environmental film and the world of internet and social media.

Q: Could you give me a brief overview of your history in environmental media and filmmaking, and highlight some of the topics you have covered in documentaries you’ve produced?

A: I’ve been working in environmental filmmaking and photography for many years, it was certainly a passion and an interest of mine since I was little. I was at National Geographic for about 9 and a half years, and, during that time, made a number of films about the environment in that larger sense of the word. Not just wildlife and natural history, but also about habitats, people and animals, environmental issues that might affect a certain population.

There wasn’t a big emphasis, when I first started, on things like climate change, but there certainly were significant interests in how pollution can affect a community, or a watershed, or an animal population. Or how development in a certain area was causing species endangerment, and the conflict between species and humans.

This is something that we navigate through this world, trying to figure out how to be at peace with each other.

Q: Is there a specific structure or process that you teach your students on how to produce content that is not only designed to introduce an issue, but also make that issue actionable?

A: I have a particular interest in audience engagement, and I think one way that you can call people to act is to engage them in a significant way. So, how do you do that? Film is really good at connecting people viscerally, emotionally, that brings us together in that shared humanity.

We’re in a very fragmented media world these days. You have to look at multiple ways of engaging. It’s not just the film itself, its the whole impact campaign and social media campaign that you’re creating around that film to give people different entry points to take action.

Q: Do you feel high-quality film is essential in environmentalist media or is it more about the message?

A:“It’s about the storytelling. I think you have to have a powerful story. The more powerful that story, the less its going to probably matter if it is pristine, high-end cinematography.

I’ve seen great stuff done on iPhones. There’s room for all of it. A phenomenal amount of media consumption now is mobile. There’s lots and lots of room for short digital videos with strong stories, you don’t have to hit people over the head with a message, you’re looking for good stories and interesting characters. There’s such a huge arena for mobile content, there’s a place for that.

Q: Do you think that the urgency developed around huge issues such as climate change is helpful in engaging and maintaining audiences, or does it push them away?

A: Big overarching stories have to be broken down to be made accessible to audiences.

You don’t have to hang everything on just one frame. There are different angles that you can look at when you’re thinking about the environment. It can be a really complex, multidimensional viewpoint about how you find the right story and the right entry point to engage audiences.

It is really important to focus on what we can do. Those kinds of stories that help people understand the importance of what we can do as individuals and as a community are the ones that keep us engaged.

Q: Where do you think environmental media will go from here?

A: I think we’re going to see [Environmental Media] continue to fragment, we’re going to see more and more ways to tell stories. Each new media technology that comes out is a new opportunity to engage people. I don’t think that one necessarily replaces the other, it’s that the other becomes a smaller piece of the pie.

Survival stories, resilience stories, innovation stories: that’s what keep people interested. We just have to keep being creative in how we look for those stories that engage audiences.