Steps to Recovery: The opioid epidemic in D.C. 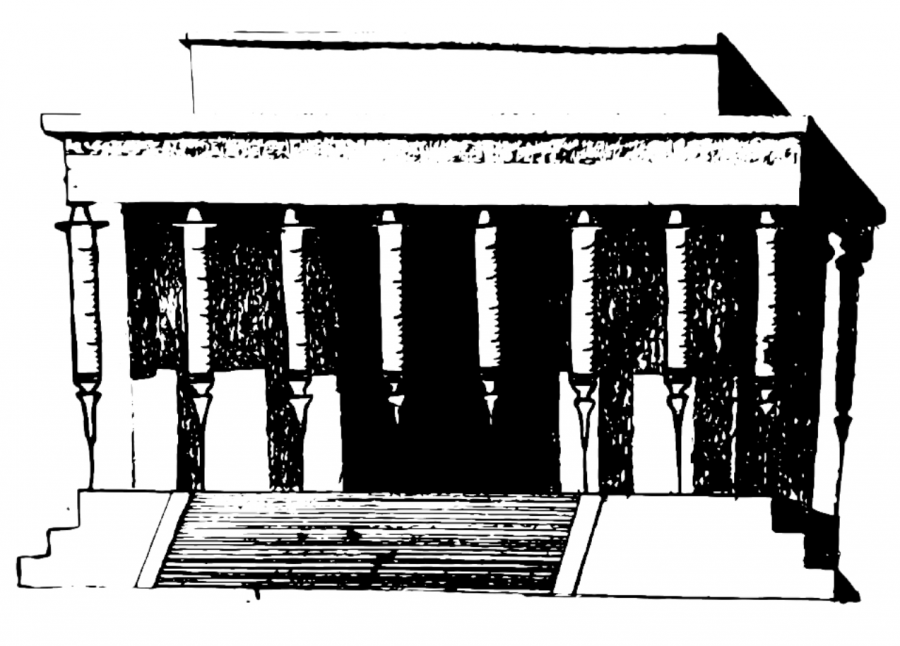 174 people die each day from a heroin or opioid overdose, according to the latest preliminary data from the Center for Disease Control and Prevention. In the D.C., Maryland, and Virginia area particularly, heroin overdoses have spiked dramatically in recent years with increases of 27.9 percent in Virginia, 62.1 percent in Maryland, and 74.7 percent in D.C. from 2015 to 2016.

Regina LaBelle, a public affairs strategist in the D.C. area who specializes in the opioid epidemic, said, “the opioid epidemic began with prescription opioids and huge increases in prescription opioid prescribing due to a variety of factors including the marketing practices of the pharmaceutical industry and the need for pain treatment in the US.”

The vast majority of deaths from opioid-related overdoses tend to be in the 50-59 year-old age range, with 60-69 year-olds in the second highest group. “Increasing availability of illicit fentanyl, a powerful opioid that is often mixed with heroin, has driven much of the increase in opioid involved overdose deaths in the region,” says LaBelle.

This is a possible reason for the uptick in the amount of overdoses amongst lifelong heroin users. The introduction of fentanyl has had the most dramatic impact on heroin and fentanyl-related deaths in D.C. and Maryland especially.

Fentanyl is now the most lethal cause of overdose amongst all opioid users.
“Fentanyl is cheap, and cutting fentanyl into heroin is cost effective for traffickers,” said Labelle.
In 2016, fentanyl surpassed heroin and opioids as the greatest cause of lethal overdoses in Virginia and nearly matched the lethality of heroin alone in Maryland.

According to the D.C. Office of the Chief Medical Examiner, by 2016, the District’s rate of fatal narcotic overdoses matched the per capita death rate of Ohio, New Hampshire, and Pennsylvania, with only West Virginia remaining higher.

The Substance Abuse and Mental Health Services Administration has identified several risk factors that put teens and young adults at an increased risk of heroin and opioid use. They include mental health disorders, high levels of pain or chronic pain, a prior history of drug or alcohol addiction, and a genetic predisposition for addiction.

“The longer a person takes opioids, the greater the risk for developing an opioid use disorder,” says Labelle.

Factors that can help to buffer against an increased likelihood of opioid misuse include having a long-acting opioid prescription, a lower dosage prescription, or only being prescribed Schedule III or IV opioids, having a greater perception of substance abuse risks, and community norms against prescription drug misuse.

According to LaBelle, “There is no one reason why an individual would use a substance. It could be to try something new or, in the case of prescription opioids, to deal with untreated pain. But heroin is seldom the first drug an individual will use.” According to the National Institute of Health’s National Institute on Drug Abuse, nearly 80 percent of Americans using heroin reported misusing prescription opioids prior to using heroin.

The Truth Initiative, the national non-profit public health organization dedicated to eradicating tobacco usage, found that 73% of people who misused or were dependent on opioids in the past year also used tobacco in the past month.

Factors that increase one’s likelihood of heroin usage include personality characteristics such as cynicism or a high level of anger towards the self and others, early onset of tobacco and/or other drug usage, having been in jail or a detention center, increased access to heroin within one’s social network, and a history of abuse or depression.

Certain factors can place heroin users at a higher risk for overdose. These include being homeless, having a long history of injection drug use, using heroin in a public space, and decreases in the cost or availability of heroin.

“Another factor that plays into overdose rates is the lack of availability of evidence-based treatment,” said Labelle. “The most effective treatment for opioid use disorder involves the use of one of three FDA approved medications, buprenorphine, methadone, or naltrexone. Unfortunately, availability of treatment using these medications remains limited nationwide, and the DMV is no exception.”

The SUPPORT (Substance Use-Disorder Prevention that Promotes Opioid Recovery and Treatment for Patients and Communities) Act, passed this October, is helping to remedy that. The act passed several reforms to Medicare, Medicaid, and public health care to help combat the opioid crisis, including making the buprenorphine prescribing authority for physician assistants and nurse practitioners permanent. Waivered practitioners are now allowed to immediately start treating 100 patients at a time with buprenorphine, rather than the previous 30 patient cap, so long as they have board certification in addiction medicine or addiction psychiatry or if the practitioner provides MAT in a qualified practice setting.

“One primary step all of us can take is to recognize that addiction is a disease, words matter, and we can save lives by carrying naloxone,” said Labelle.

Any individual in the DMV interested in learning how to obtain naloxone, which reverses opioid overdoses and is more commonly known as Narcan, can undergo a training course and authorization to carry naloxone in their state or district.

National campaigns like the Truth Initiative are taking the lead in proactive awareness campaigns to mitigate the increase in opioid and heroin users. These campaigns are especially geared towards young people.
The Truth Initiative has found that there’s a significant knowledge gap about opioids and their risks amongst young people. The organization also found that there is a great amount of desire amongst young people to be a part of the solution within their communities.

The Truth Initiative is working in conjunction with the Ad Council to use its recognition for impact. About 77 percent of Americans under 25 recognize the Truth brand and in the past twenty years of its existence, the Truth Tobacco Prevention Campaign has prevented an estimated one million youth and young adults from smoking. The Truth Initiative is hoping to have this same impact on the opioid epidemic.

Drug Free Youth has four prevention centers around D.C., or one for every two Wards. The prevention centers work in the community to provide drug education. The organization, provided by the D.C. Department of Behavioral Health, encourages an open dialogue surrounding drugs and alcohol between teens and their parents or caregivers. The Department of Behavioral Health’s “More Harmful Than You Think” campaign is aimed at educating young people about the dangers of prescription pill and opioid misuse as a proactive step towards prevention in the community.

Sasha Bruce Youthwork started in D.C. in 1974 as a volunteer network aimed at counseling homeless youth. It is now one of the largest providers of services for homeless youth, including helping young people find safe homes, gain access to physical and mental health care, and family-strengthening programs. As homeless teens and young adults are at an increased risk of drug addiction and overdose, Sasha Bruce is helping to reduce this risk.

Whitman-Walker offers community-based health services, with special expertise on the LGBTQ and HIV-positive community, another especially at risk group for drug addiction in the DMV. Whitman-Walker offers individual and group psychotherapy for addiction, with an emphasis on identification and modification of counterproductive thinking patterns.

Medication-assisted treatment is a leading strategy in promoting full recovery from opioid addiction. According to the Substance Abuse and Mental Health Services Administration, medication-assisted treatment is the use of medications, in combination with counseling and behavioral therapies, to provide a “whole-patient” approach to the treatment of substance use disorders.
Prescription medications used in Medication-Assisted Treatment help to normalize brain chemistry, block the euphoric effects of alcohol and opioids, relieve physiological cravings, and normalize body functions without the negative effects of the abused drug or severe withdrawal symptoms.

SAMHSA has found Medication-Assisted Treatment to improve patient survival, increase retention in treatment, decrease illicit opiate use and other criminal activity among people with substance use disorders, and increase patients’ ability to gain and maintain employment. MAT can also contribute to a lowered risk of contracting HIV or hepatitis C by reducing the potential for relapse.

The use of Medication-Assisted Therapy in heroin admissions with treatment plans was only at 28 percent as of 2010 according to SAMHSA’s Treatment Episode Data Set 2002-2010. The apprehension for health care providers to adopt MAT as an addiction treatment strategy and the lack of availability of MAT for those seeking treatment for addiction stems from misconceptions about substituting one drug for another and a lack of training in MAT for physicians. Discrimination against MAT patients is also a factor, though there are state and federal laws that prohibit it.

“Unfortunately, treatment resources for young people are somewhat limited. We too often wait for someone to hit “rock bottom” until they get help, and as with any other chronic condition, early intervention is key,” said LaBelle.

To help end the opioid epidemic, students and residents of the DMV can “recognize that addiction is a disease not a moral failing. And that it can happen to anyone, in any family. The words we use to describe substance use disorders, and the disease of addiction, can result in punitive responses.”

According to LaBelle, “Addiction is a public health issue and substance use disorders can be prevented, treated, and people can and do recover.”

This article is dedicated to my loved ones who have passed.