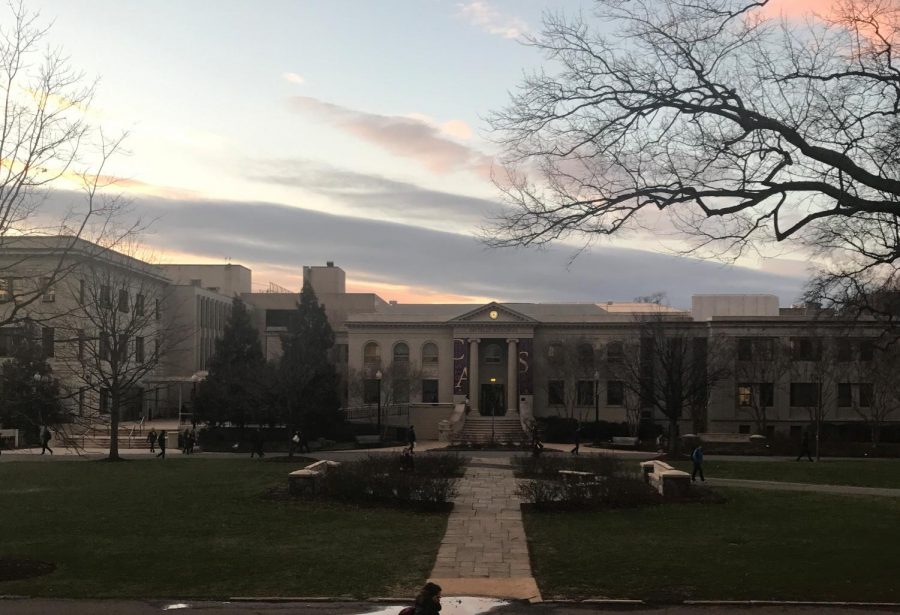 Benjamin S. Weiss and Will Fowler

Editor’s Note: This article is the culmination of a ten-month investigation into the administrative, Greek life, and student government reactions to former SG president Taylor Dumpson’s resignation in January 2018.

An internal investigation by a major sorority’s national headquarters found that members of its chapter at American University “engaged in inappropriate activities,” but the sorority remains “in good standing” on the AU Office of Fraternity and Sorority Life’s online portal.

The investigation, which was a response to “allegations of hazing” within the sorority, resulted in the suspensions of chapter co-presidents Kesa White and Taylor Dumpson from the sorority until December 2018.

An AKA press release from December, provided to AWOL by the sorority’s International Communications Committee Chairman Leona Dotson, confirmed that the inquiry had taken place and that Dumpson’s suspension had been issued on December 13.

Dumpson, who was the AU Student Government president at the time, resigned just months later to “focus on [her] health and education,” according to an AUSG statement.

Following Dumpson’s inauguration as AU’s first black female SG president, she was targeted by Andrew Anglin, founder of neo-Nazi website “The Daily Stormer.” Anglin encouraged his readers to harass Dumpson online. She has since filed a federal lawsuit against Anglin, citing emotional damages. On Dumpson’s first day in office, bananas in nooses were found hanging from trees across campus, with ‘AKA’ etched into the sides.

With tensions on campus still high at the beginning of the Fall 2017 semester, Chairman of the AUSG Committee on Accessibility and Transparency Ben Khoshbin said that student government received multiple allegations of sorority misconduct regarding Dumpson. However, they hesitated to investigate until just before her resignation.

Though an official investigation was never launched, Khoshbin said that the Committee was less than two days from beginning such an investigation, and had internally agreed to look into the misconduct allegations.

“I can’t speak to what the results would have been,” he said. “But it was something that we felt was a necessity, [and] it was not something my committee was meant to jump into.”

One source close to student government confirmed that AUSG was about to begin an investigation, but spoke on the condition of anonymity because their position would not allow such disclosure.

On the night of January 25th — just hours before her resignation —  Dumpson met with the AUSG executive board, according to former AUSG secretary Kris Schneider. Schneider said there was an “open discussion” among the board about the allegations of hazing. The decision that Dumpson would resign was made during this meeting, and the next morning she stepped down from her position, according to Schneider.

This move came just after the oversight committee agreed that an investigation into the former student government president’s conduct would be necessary.

Despite multiple attempts to reach out for comment on the meeting, the other members of the executive board at the time did not respond.

The exact nature of the alleged misconduct that got Dumpson suspended is unverified, but it occurred during the summer of 2017, according to AKA sister Winter Brooks.

A line of potential sisters was formed at the beginning of the summer, outside the official channels of AKA’s intake process, Brooks said. This group became colloquially known as the “ghost line.”

Members of the ghost line were directed to support Dumpson’s campaign for AUSG president. AWOL has obtained messages sent by Dumpson to a group of AKA sisters admitting that she instructed potential sisters to volunteer on her campaign, but claimed she had asked university officials in Fraternity and Sorority Life for “clarification and permission” to do so.

However, the ghost line would violate AKA’s intake policy, according to Brooks. Intake can not be conducted when university is not in session. This includes summer breaks. The line was ultimately disbanded “due to allegations of hazing,” Brooks said.

Using the ghost line members as campaign volunteers could also be a violation of AUSG’s code of ethics, according to Khoshbin.

“That would almost be considered a bribe,” he said. “That’s certainly something that would have been under the purview of [our] investigation.”

Article 3, Section 1 of the AUSG Ethical and Judicial Standards framework states that members can not “abuse their power or position to provide special privileges or access to friends.”

Khoshbin raised concerns about an ongoing investigation during a Jan. 28 AUSG Senate meeting. The body voted against making an official statement applauding the former president in the same session.

The AU Dean of Students Office, which manages hazing investigations, declined to comment on whether or not an investigation had been launched, but Brooks — citing a conversation she had with a university official during which the inquiry was mentioned — confirmed that there had been one.

“They said AKA didn’t provide them with enough evidence that there was hazing,” she said, referring to administrators involved in the investigation.

Furthermore, messages between a student aiding the university investigation and an administration investigator were obtained by AWOL, indicating that an investigation had taken place.

Any investigation opened by the administration is unlikely to be ongoing.  The Director of Student Conduct and Conflict Resolution, Katie Porras, estimated that the process would last “between 30-45 days between issuing a charge and an appeal being resolved.”

Brooks said that an investigation took place in mid-November 2017, and that it had since concluded.

Although the administration has received the findings of AKA’s internal investigation, the sorority remains “in good standing.” Several other Greek life organizations are facing sanctions, including Beta Theta Pi and Pi Kappa Alpha, for policy violations. AKA does not appear on that list.

Further complicating things, a university staff member who would typically be involved in the first stages of a hazing investigation has a potential conflict of interest. They are a member of AKA. The Dean of Students Office, citing policy procedures, declined to comment on whether the staff member had recused themselves from the investigation.

However, Porras said that “several people” were involved in “determining appropriate investigative action.” She said the group reviewing hazing complaints would typically include the administrator in question, and that someone from their department would assist in deciding whether or not a formal investigation or informal resolution — such as a follow-up with the chapter — would take place.

The administrator denied involvement in any investigation conducted by the Dean of Students Office. They did not confirm whether they had received any correspondence from AKA national regarding its own inquiry.

Taylor Dumpson, now graduated, did not respond to repeated requests for comment during the preparation of this article.