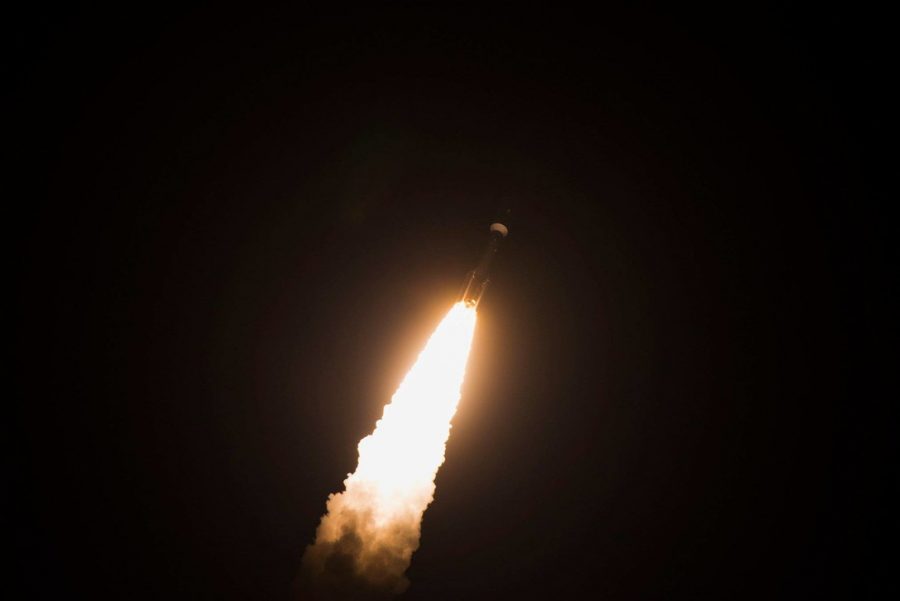 American University has expanded their STEM educational programs to out of this world projects.

AWOL staff had the opportunity to speak with the AU physics department to discuss their newest focus: the AU Thin Sat project.

Dr. Cyndee Finkel, a professional lecturer in the Department of Physics, is spearheading a new project as part of the AU Thin Sat project. Collaborating with the Virginia Space Agency and the research organization Xinabox, they have started a project to help students launch satellites into space.

Through this initiative, students have the opportunity to learn about — and create —  cubesats, which are small satellites, approximately 10 centimeters long.

“These cubesats are divided into slices called thin sats,” Dr. Finkel said. “The creation of thin sats is important to distribute the entire volume of satellites to many people and organizations.”

American University students can help collaborate on this project by either participating in the engineering and design of thin sats or through outreach activities to engage students in local middle and high schools.

Kristof Aldenderfer, the technical lead on project, said, “Cube stats are a way to allow educational institutions to easily engage with satellites at a much lower cost. It’s expensive to send things into space.”

“We’re engaging with local schools by visiting every two weeks and providing a small teaching component along with hands on experience for creating actual satellites,” Dr. Finkel said.

The engineering initiative has three phases. The first phase includes receiving sensors from the VA Space Agency and practicing with party balloon launches. The initiative will then test their satellites with high altitude balloon testing at VA Space. Finally, using feedback from their test trials, they will develop a finalized engineering model to send into space.

Jacob VanCampen, a senior physics student and technical lead on the project, said, “My role in the project is to create the satellites from scratch. I’m basically engineering the sensors on board of the satellite.”

The thin sats will be developed utilizing ultraviolet light sensors sensors and magnetometers, instruments to detect the Earth’s magnetic pull. They will be launched at the Maryland Eastern Shore and can be tracked real time to evaluate the effectiveness of the space exploration trip.

“[The project] started with a desktop particle detector prototype borrowed from MTI,” VanCampen said, referring to the Massachusetts Institute of Technology. “We’re planning for a smaller, lighter, and more energy efficient form that can send information back to Earth.”

The thin sats will orbit for 5 days, collecting specific information for the project, with a maximum life span of 12 to 15 days in space.

American University became involved with this project through Fred Bruhweiler, AU’s Physicist in Residence. He promoted his department’s involvement through his connections with the Institute for Integrated Space Science and  Technology, an AU institute founded in 2017 to promote STEM-related education in space-related fields.

This project is an opportunity for anyone passionate about space exploration as well as learning and teaching about engineering concepts.

Aldenderfer said, “This project will help students learn engineering skills and the practical application of science- and hopefully appreciate space science even more.”